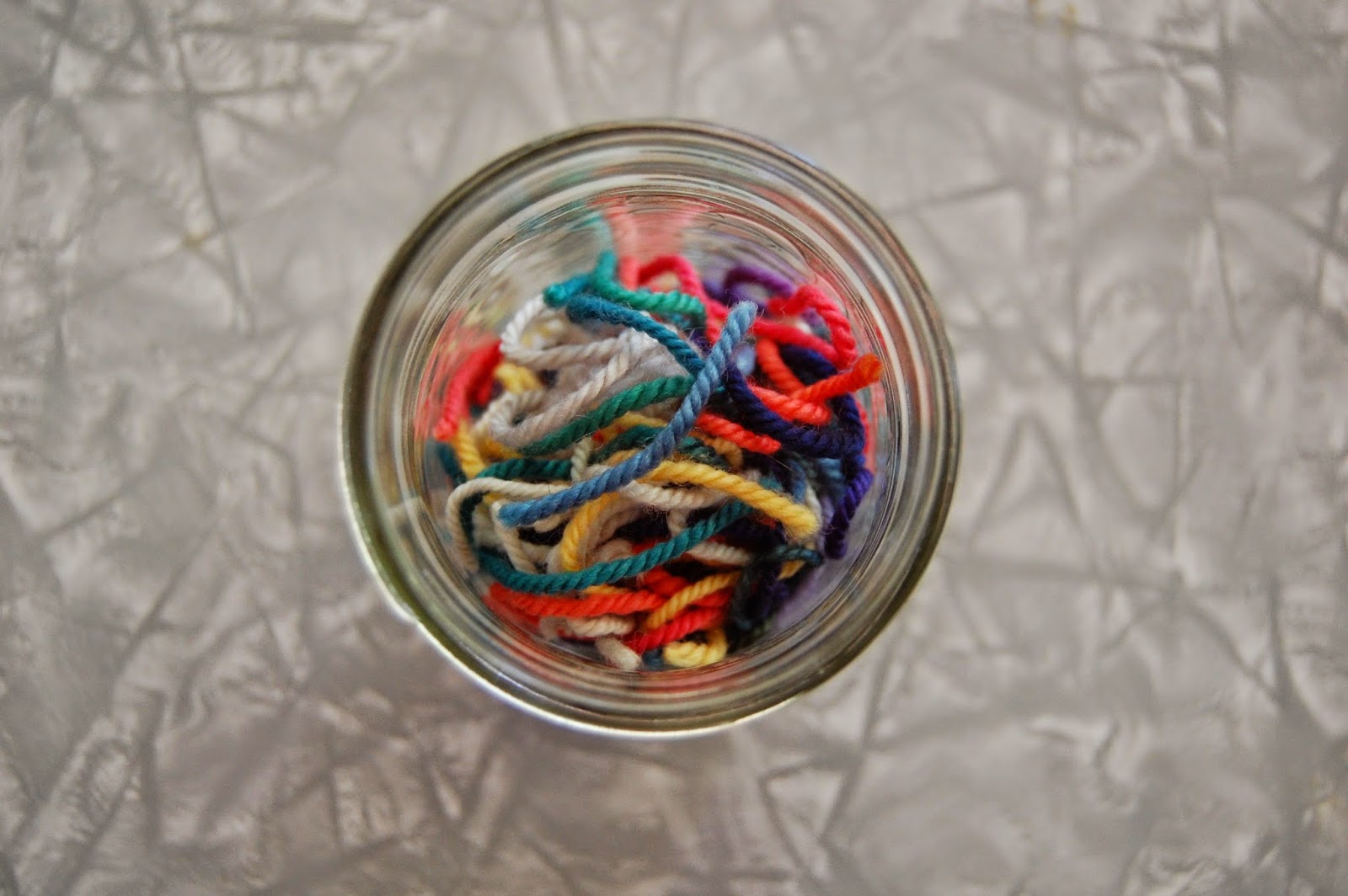 Each time I finish another of those African flower hexagons, I trim the ends and pop them into this jam jar. Too short to be useful, too long to be garbage...into the jar they go. I don't think I'll keep them forever, but I find the jumble of colourful scraps pleasing, their accumulated mass a bit astonishing.

I mentioned this casually at work yesterday – in the way that you mention something when you assume you're not the only one who does it – only to discover that yes, apparently I'm the only one who does it. Weirdness established, my motives instantly became a topic of discussion. Am I doing it so that I can weigh the scraps to see how many motifs I could have made if I'd cut shorter ends? Will I be donating them to birds to use in their nests? Will I use them to stuff a stuffed toy?

Probably not. I'm not interested in second-guessing the lengths of my yarn tails and I think the birds will do fine without me. I've got enough fibre-fill to stuff a dozen toys, so I probably won't do that either. Although I guess you never know.

No, I think the jam jar is just the most recent example of a life-long habit. I'm a collector of insignificant scraps. Movie tickets, bits of fabric, wonderful sentences, poems ripped from magazines, foreign coins, memories. Sometimes I keep them until they coalesce into something meaningful (what a moment!). Sometimes I end up throwing them out. That's OK too.

In a way, this blog is like that jam jar. Full of colourful bits and pieces – probably insignificant on their own, sometimes easy to mistake as for the birds, but taken together, something more than the sum of their parts.
Posted by Austen at 8:14 AM

Email ThisBlogThis!Share to TwitterShare to FacebookShare to Pinterest
Labels: thinking