In an age when people like to talk about "the end of blogging," I still read craft blogs. Nowhere near the number that I once did, but as the quantity has diminished, the quality has increased. Now, I focus my attention on the blogs of people whose work I respect and whose writing challenges me to think about what I make and why. One of these blogs is by Karie Westermann; earlier this week she wrote about the commodification of the craft revival. This is a topic that I think about often, and in this blog post I'm adding my voice that conversation.

There was a time when I read dozens of posts on craft blogs every day. At that time I was working in commercial publishing (magazines). I was responsible for producing up to 24 craft articles per year, plus associated online content and blog posts – between three and five posts per week – for almost four years. Reading widely – indiscriminately – was a necessity. I had to churn through that much material just to keep the content factory running. So I read blog posts about making necklaces by covering lengths of chain from the hardware store in embroidery floss or spray paint, and I reblogged directions for projects that involved "altering" (let's be real: defacing) books, and I pretended to be interested in Shrinky-Dinks and repurposing thrift store finds. Sometimes I got to do something that actually was interesting – I taught myself basic book-making for one story; commissioned some great knitting patterns and projects by other people; sewed a thing or two I was proud of. But in private, to my friends and family, I often described what I did as "showing people how to make crap out of junk."

At first it was fun, then it got to be a bit monotonous, and as time wore on, I came to hate the make-it-and-forget-it crafts: activities that involved minimal skill and resulted in things of minimal value, things that were destined for the garbage dump. What value there was in those crafts came from ad sales, from page views and clicks-per-million, not from carrying on time-honoured traditions, building skills, or contributing to a larger movement (no, "pinning" yet another cute way to use a Mason jar doesn't count). It all came down to satisfying someone else's bottom line and it took up almost all of my time. Crafting was my life and it was exhausting.

The more I made crap out of junk, the more I longed to create things that had both style and substance, or, to quote a famous craft revivalist, things that were both beautiful and useful. I learned to sew and knit and embroider when I was a child – I've been practising some of those crafts for almost 30 years now – and the deeper I got into the world of disposable craft, the further away actual craftsmanship seemed. Technique didn't seem to matter; specialized vocabulary seemed a thing of the past. (I'll never forget the blog post I saw that called for "a round circle of wood.") I wasn't contributing to a conversation, I was shouting into the void.

Since then, my life has taken some twists and turns. Crafting is no longer my life or my livelihood. I work for a non-profit organization now, and it's been more than two years since I read a blog post about spray-painting a trinket from a thrift shop. I gave away all my random craft supplies: goodbye, glitter, glue gun, mod-podge. I craft less, and when I do craft, it's mostly knitting. But I'm able to spend time making things that are meaningful to me; that use materials I've chosen according to my own criteria and skills I've taken the time to cultivate. The quantity has diminished, but the quality has increased.

I still think about how we create and assign value to our skills, to the products of our work, and to ourselves. I've met a lot of crafters, and their interests and abilities are as unique as they are. And while I'd like to think there is one right way (my way, obviously) of crafting and promoting craftsmanship, over time I've learned that there isn't. Crafting trends will come and go; commercial interests will exert their influence and succeed or fail. As with many things in life, I suspect it's cyclical; we surely aren't the first people to worry that it's all about to go down the tubes. 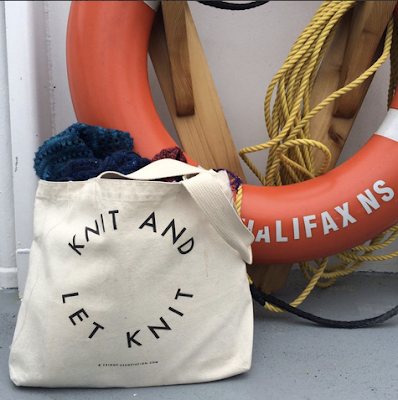 In the end, I'm with Karie: I'll practice my craft to the best of my ability. I'll choose the materials that are right for me, and work on projects that have some meaning, or at least some practical application to my life. I'll be honest about the things that work and the things that don't, and thoughtful when I try to figure out why. I'll cultivate meaningful connections in my work and I'll celebrate the contributions that others make to the craft. Maybe we're all doing something slightly different, but we're all in it together.

***
P.S. I don't read as many food blogs as I used to, either, but I read enough that I noticed a little dust-up happening back in March. In a way, this blog post from Lottie+Doof echoes some of Karie's messages – the threat of homogenization; the idea of food blogging as a viable "lifestyle" (read: lucrative job) when really it's a hard grind at which not everyone can be successful; the challenge to stop accepting the status quo, to push boundaries and to "do better." Interesting parallels.
P.P.S. I was lucky to work with a host of brilliantly talented, creative, kind, funny, hard-working people in my magazine days. I want to make it clear that my comments refer to my own work, not to theirs.