April 11: A tale of two sweaters

It's barely mid-April and I've already made two more sweaters this year than I did last year. Of course, I didn't make any sweaters last year, but that's beside the point.

The first sweater was Stopover, which I knit as part of the Bang out a Sweater KAL hosted by Mason-Dixon Knitting. This was a fast, fun, frivolous project – it's Lopi at a loose gauge, fast to knit, light as air and very warm. It only took two weeks from cast-on to bind-off and I've been wearing it a lot. I don't do them often, but I really enjoy online knit-alongs. It's great to see what everyone else is making – there are infinite interpretations – and the excitement really spurred me along. I love this sweater. 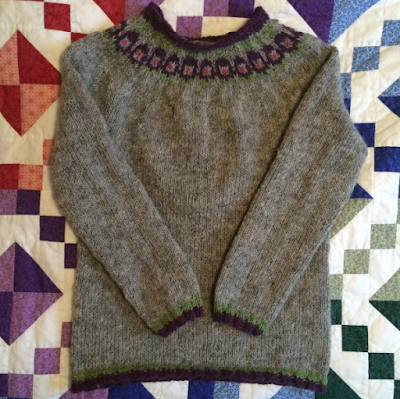 The second sweater is Bedford. I actually started this one on my Christmas vacation – got the sleeves finished and the hem cast on before I dropped everything to make Stopover. Whereas Stopover was a quick knit, this one was a bit of a slog. It's made of Briggs & Little – a nice Canadian yarn, pretty rustic, with a fairly heavy grist and no small amount of vegetable matter spun in – knitted at a fairly dense gauge. The finished sweater weighs more than a pound. I wouldn't be surprised to learn that it's basically waterproof. 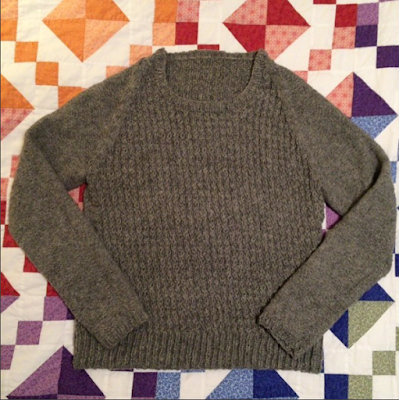 I've got lots of thoughts about product vs. process, fast and slow knitting, wearability and durability after knitting these two sweaters but there's some sorting out to do first. Which one will I be wearing in a year, three years, fifteen years? I have my suspicions...
Posted by Austen at 7:49 PM