October 5 – Bits and pieces: changes and the gathering in

Not much new these days really: reading, walking, stitching, cooking. Perhaps not revolutionary, but still things to be savoured in the early, not-too-cold days of early autumn. 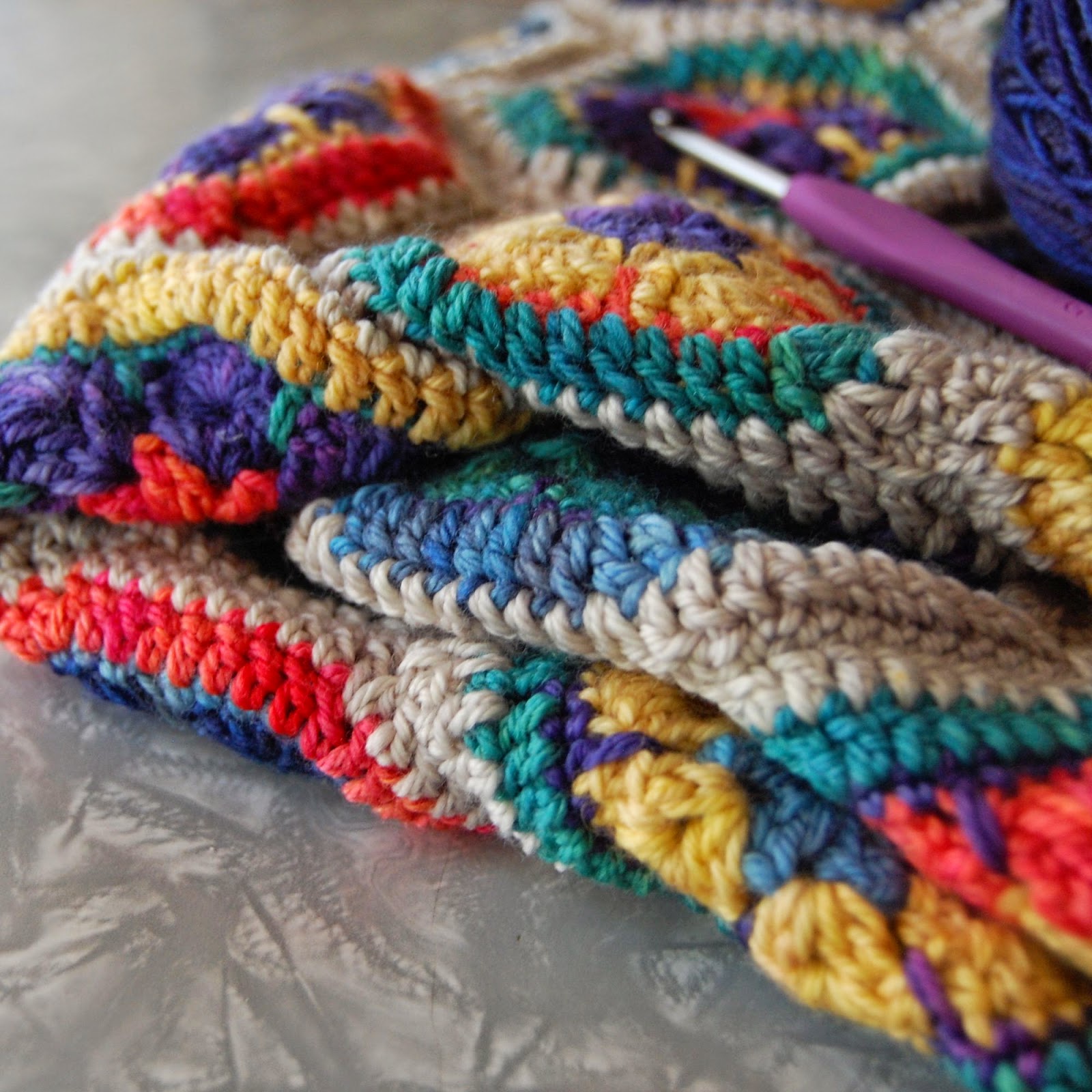 I finished the afghan at long last. The seaming was a bit of a chore, but the final border – a round of double crochet in navy – went on without much fuss. It's not a huge blanket, but it'll be just the thing for a baby at some point or other. I'm glad to be retiring the crochet hook for a little while.

My Rhinebeck sweater is coming along. The sleeves are done and I cast on the body today. I'll be pushing it to get finished in time, but when it comes to me and knitting deadlines, what else is new? 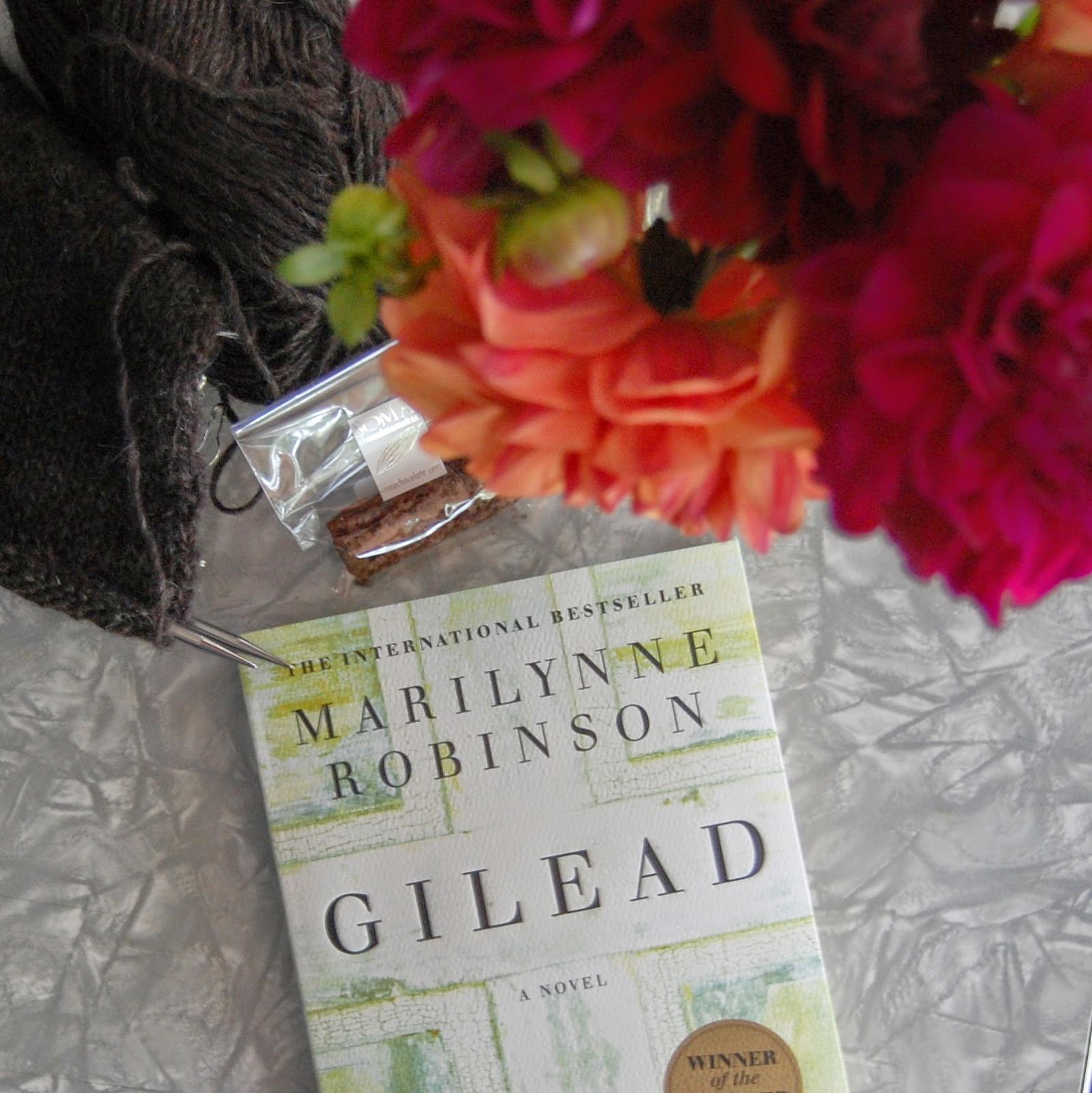 I read the profile of Marilynne Robinson in the New York Times last week on the subway as I made my way home from school, and when I got to my stop I walked directly to the bookstore to buy a copy of Gilead. It has captured me in a way that books seldom do these days. I'm savouring it. 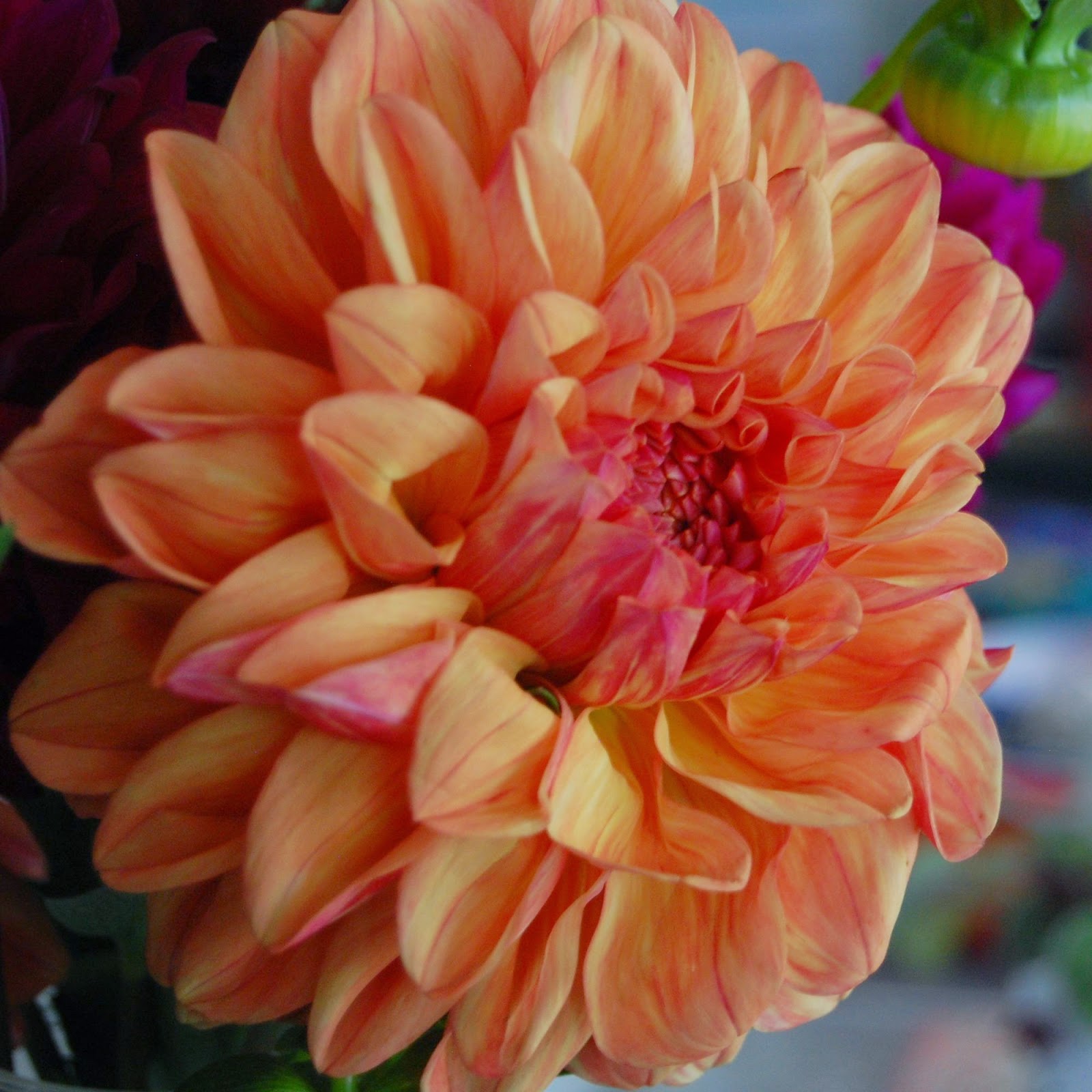 Two weeks ago I finished my job at the yarn store. It was a difficult decision, but after working 30 days straight in August/September, I knew I needed to make a change. I celebrated my first real weekend off in more than a year by heading to the farmer's market yesterday, which is where I found the dahlias. 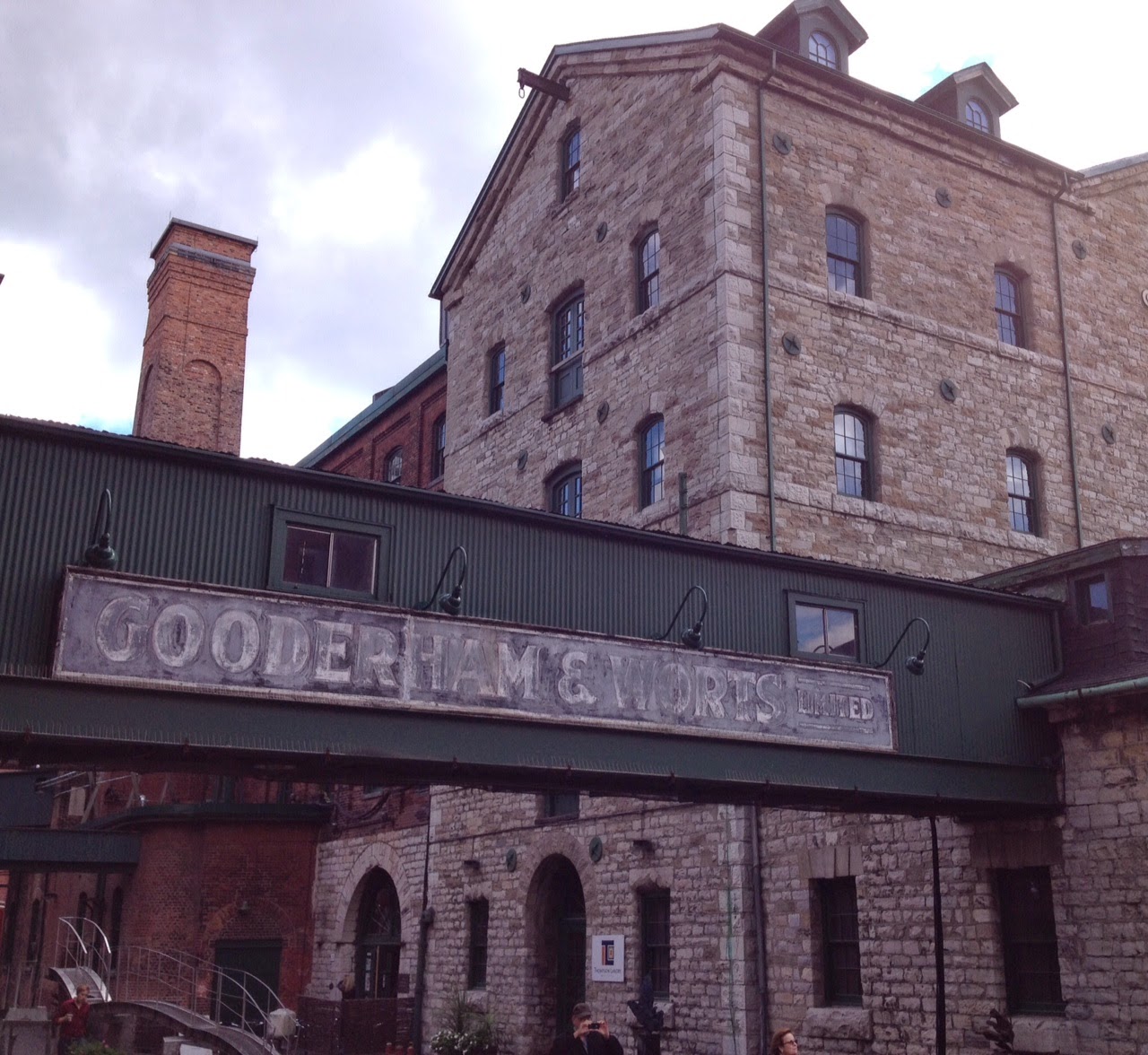 After the farmer's market I walked down to the Distillery District. I like it there, like the glimpses of the city's industrial past and the reassuring hum of highway traffic in the near distance. I poked around, took some pictures, bought some fancy chocolate and drank a chai latte while I watched little kids chase pigeons and sparrows chase crumbs. The sun was in and out; the rain was on and off. There was a teasing breeze. 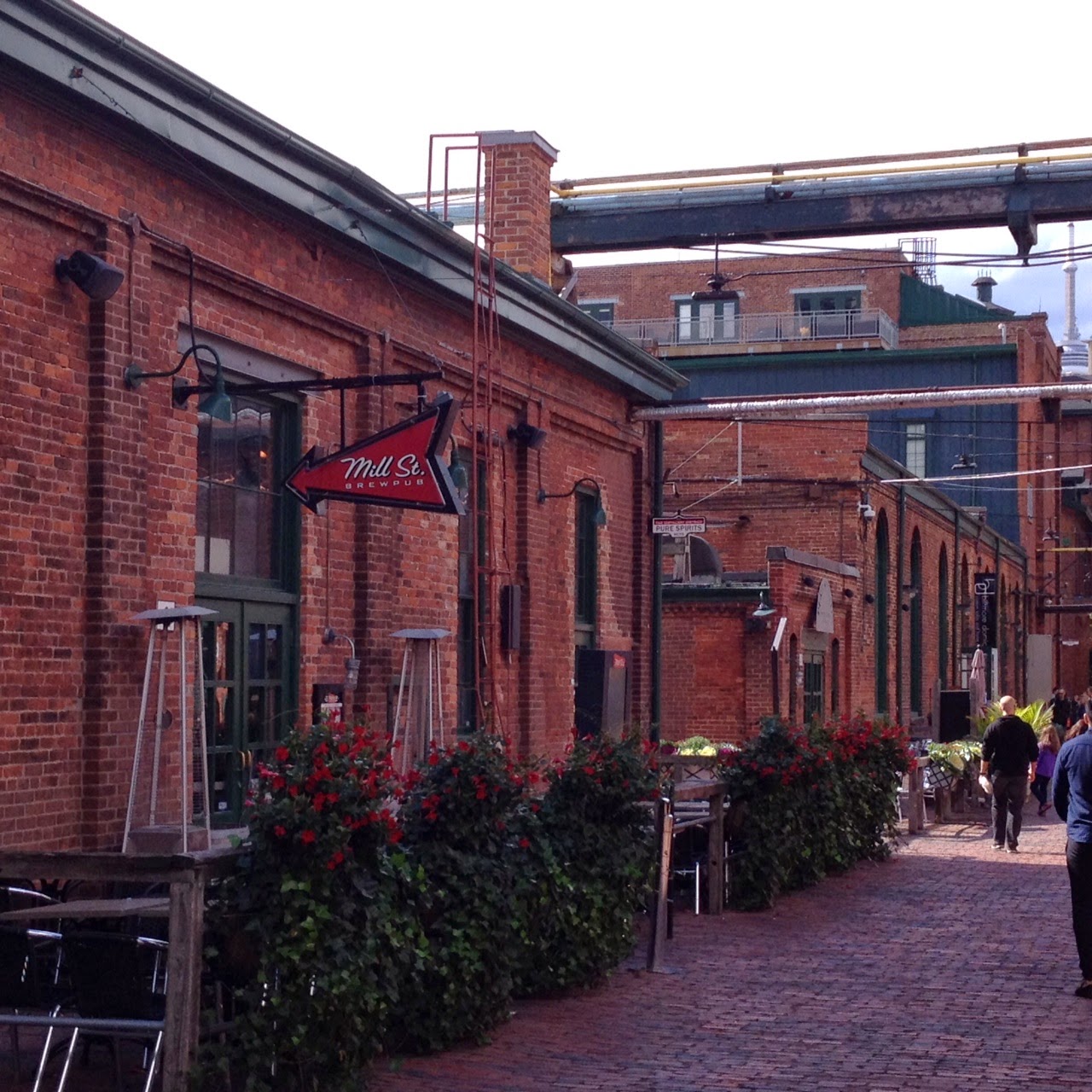 On the way home I walked through back streets, deliberately choosing unfamiliar routes. It was refreshing to see the familiar skyline from an unfamiliar perspective; almost as good as being out of town. (Almost.) When I stay away from the thoroughfares I can feel my pace slow and my head come up – more time for sauntering, more time for looking and wondering. I need to do that more often.

At home, the nights draw in and the lights go on earlier day by day. My mind is turning to roasted meats and veg, puddings that simmer in the oven. I brew mug after mug of tea. I pulled an old favourite pullover out of the drawer today; it's not one of my fancier sweaters, but putting it on felt like being reunited with an old friend.

Email ThisBlogThis!Share to TwitterShare to FacebookShare to Pinterest
Labels: snapshots