I seem to have made a very large scarf. It's almost seven feet long and almost a foot wide. Tina and I joked that we'd made runners for hallways, not neckwear. There were the requisite Doctor Who scarf jokes (though his scarf was knitted, yes yes, I know). 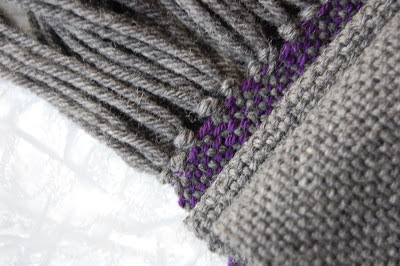 The fact that it has any sort of pattern at all was just an accident. It didn't occur to me to change colours – it only happened because I ran out of yarn, twice, first while warping the loom, then while weaving. Later it occurred to me that with a bit of planning, I could have magicked up a tartan. 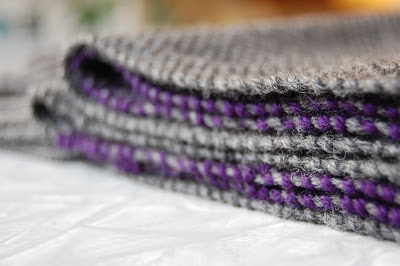 I enjoyed the second weaving class more than the first, but I don't think weaving will be bumping knitting out of top-hobby status any time soon. I like the portability of knitting, and the speed; the ease with which I can fix mistakes, change tacks, add colours or take them away. 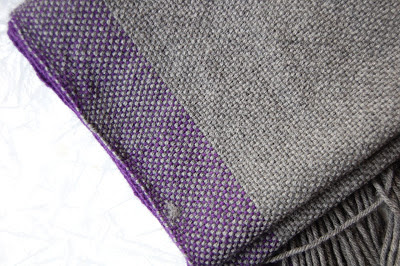 Then again, it's a bit more challenging to knit plaid.

Email ThisBlogThis!Share to TwitterShare to FacebookShare to Pinterest
Labels: weaving