At long last it's spring. This year, more than before, I had to draw on deep reserves of energy and some sort of faith just to keep going through the last long weeks of winter—I can't be the only person who went into survival mode. Early nights, candle light, comfort food and comfort knitting kept me going for the longest time. But now the world is greening once again and my mind is turning to other things. Things like spinning. 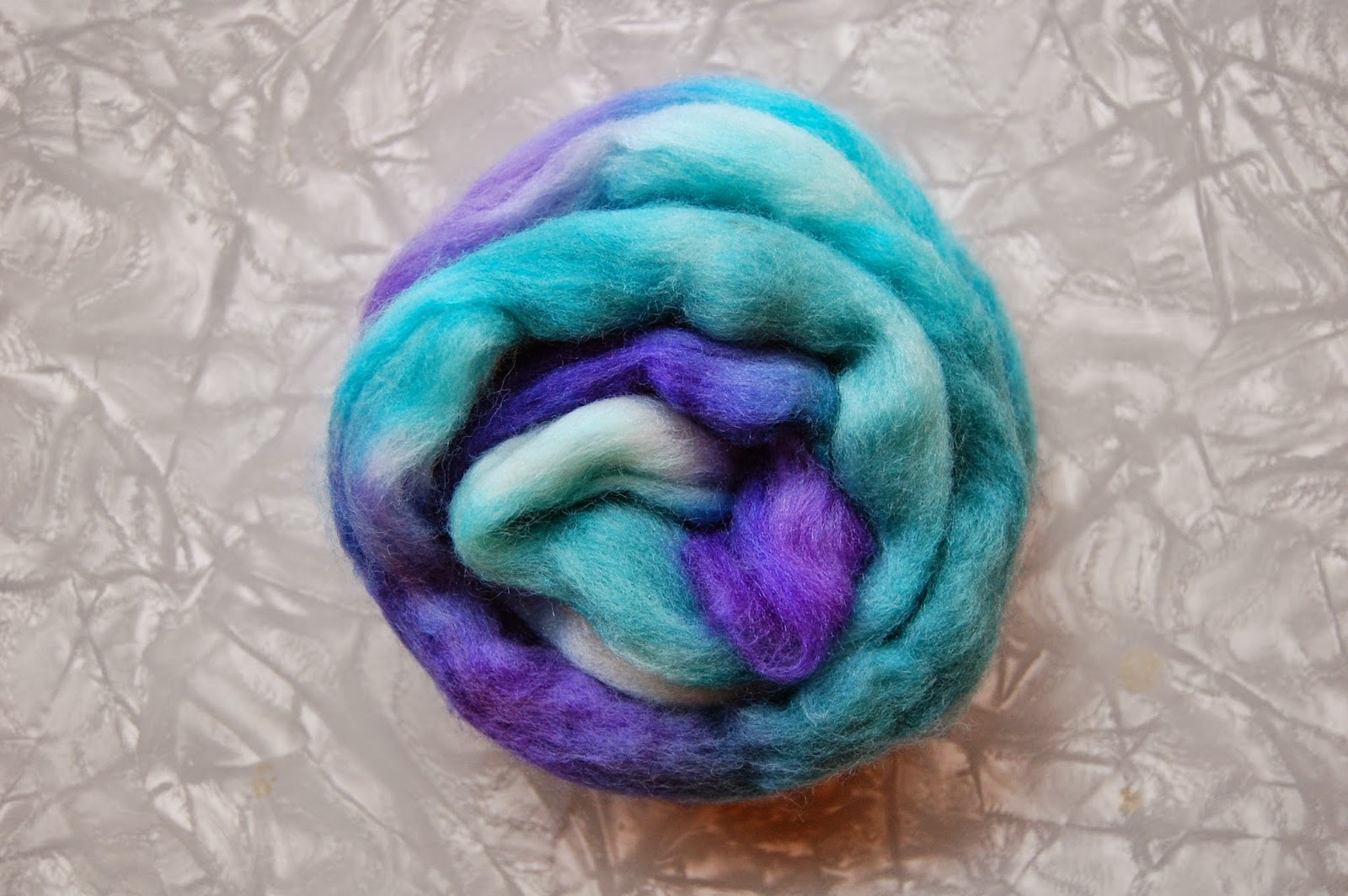 I have always loved the idea of alchemy. Dross to gold, words to stories, fibre to yarn: this is my kind of magic. But like any alchemy, spinning involves its fair share of hard labour, of trial and error and stops and starts. 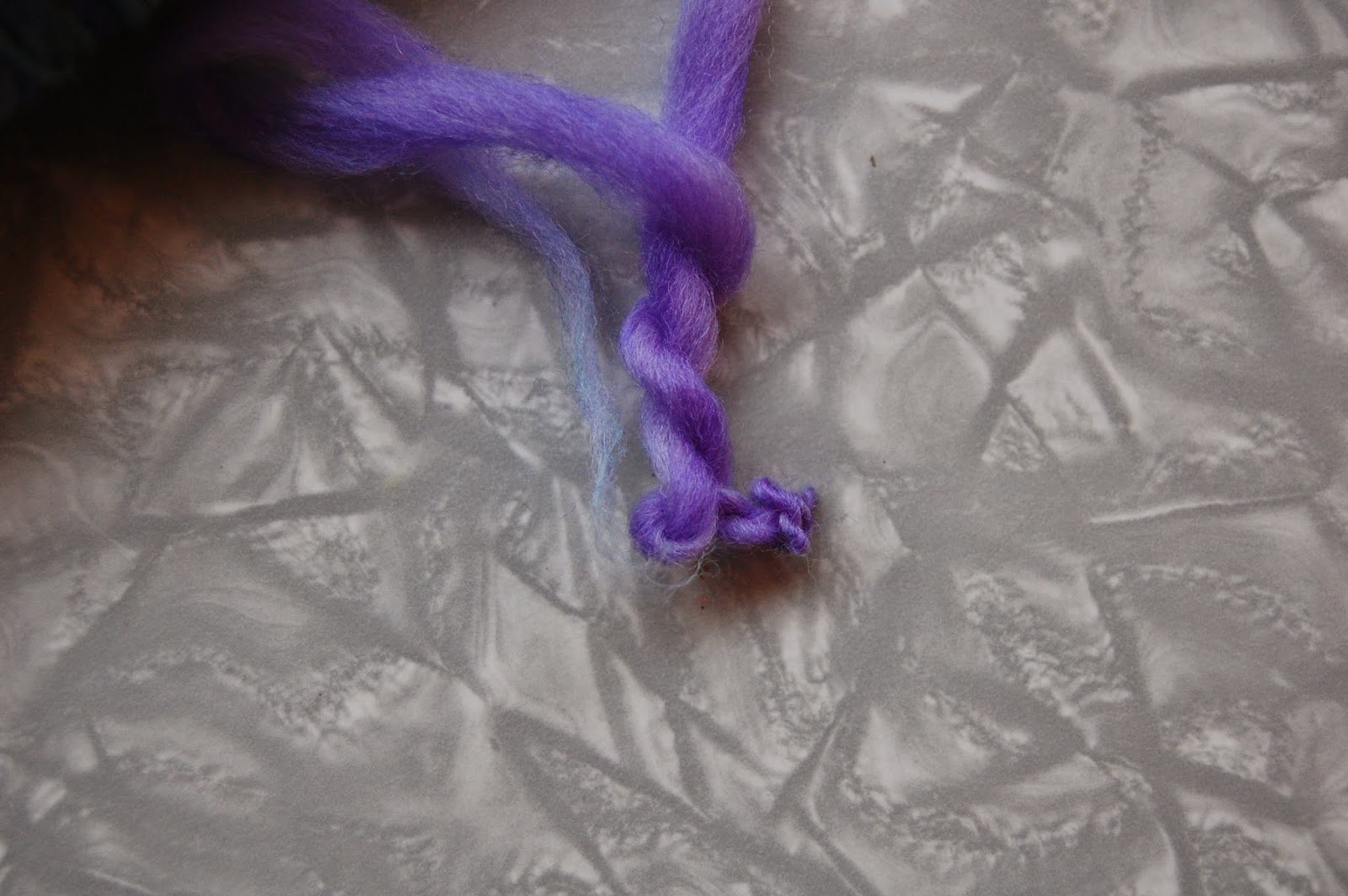 When I took my first spinning class I was dumbfounded to realize that the mental image I'd had of spinning with a spindle—based on something I'd seen in a Disney cartoon 30 years before—was totally wrong. It took a while to recover from that. A while, a few more spinning classes, and a stroke of luck that brought me a beautiful spindle.

I brought that spindle home and put it somewhere safe. I bought some brilliant fibre from Sweet Georgia. But I didn't spin. I'd think about it once in a while and then I'd go back to my knitting. Socks, sweaters, baby clothes: there were other things to make. 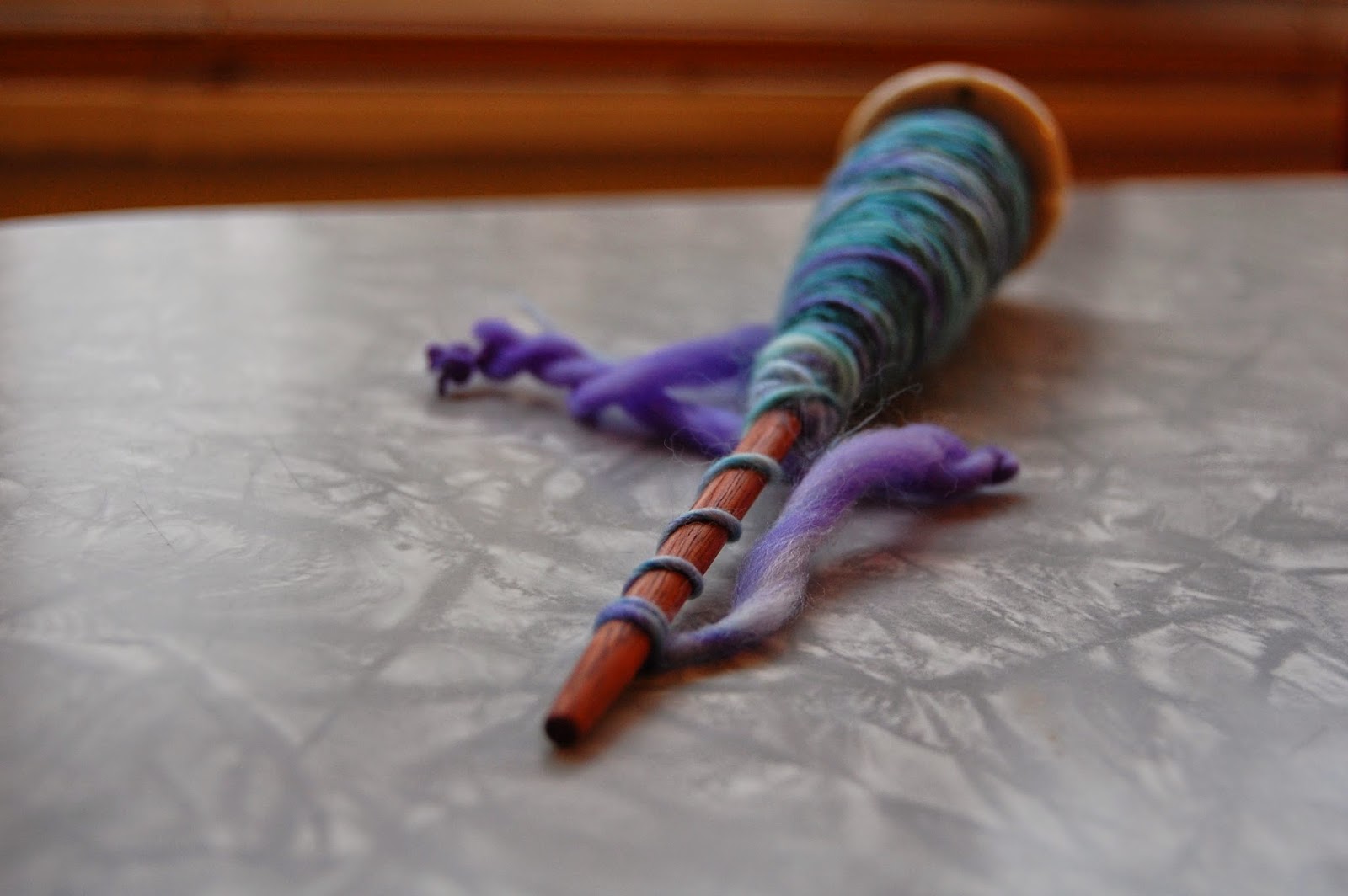 In fact, I resisted using the spindle for a long time. I wanted to wait until I had it down—until I knew that I'd be able to set my hands to spinning something that would come out perfectly. It was the curse of the blank notebook, writ in silk and wool and wood and bone.

Of course, I don't subscribe to the curse of the blank notebook any more—I buy them and I use them, and I tell myself that it doesn't matter whether they collect notes for articles, grocery lists or lists of cheese puns. Books aren't made to sit on shelves; boats aren't made to sit in harbour; spindles aren't made to languish in jam jars.

So a few weeks ago I pulled out my spindle and I drafted some fibre and I got to spinning. 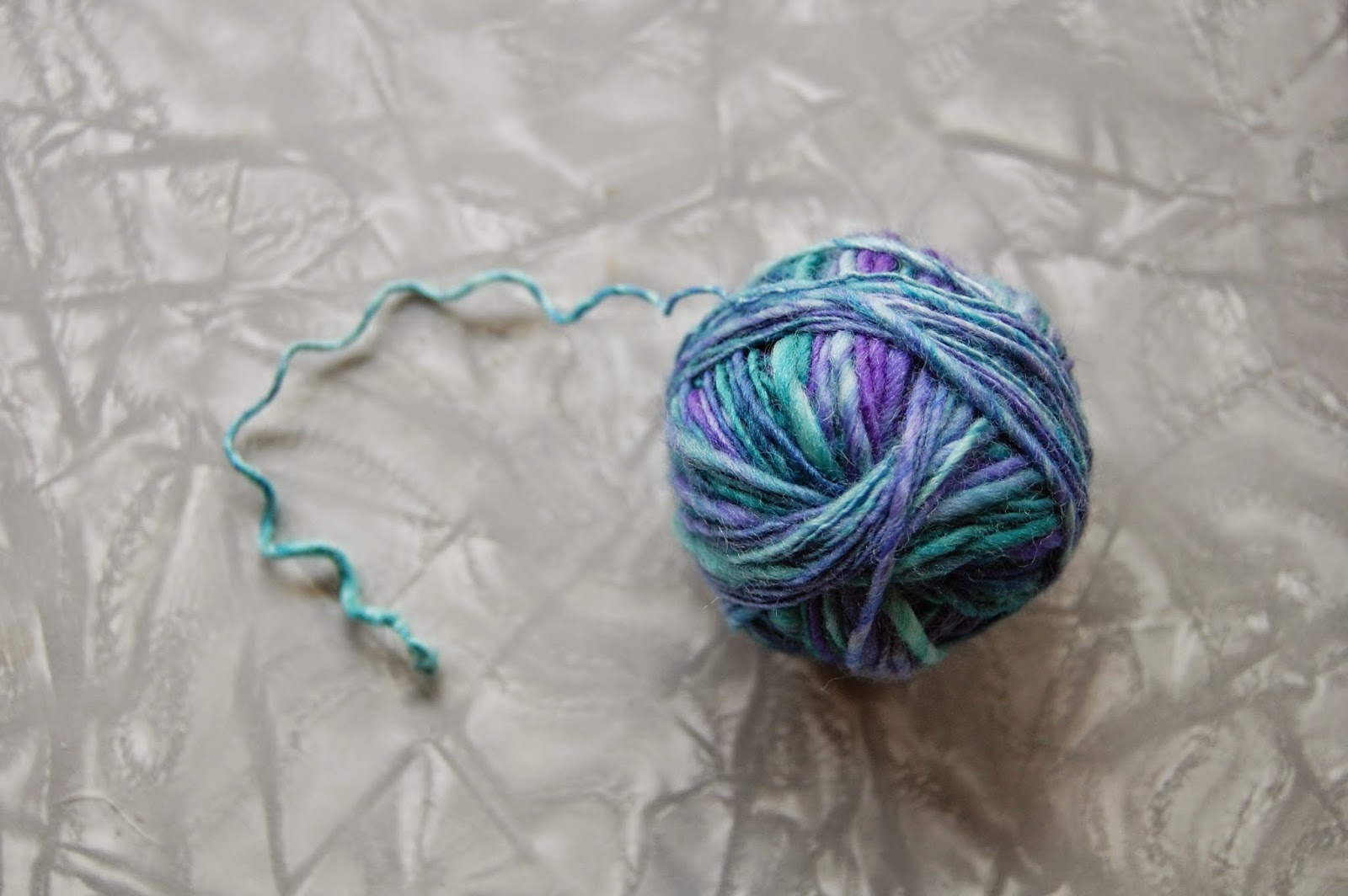 The yarn I've made isn't perfect by any stretch. It's thick and thin; wound tightly in some places and probably too loosely in others. (It's possible that I identify a little too strongly with this yarn. Ahem.) But who cares if it's not perfect: it's yarn. I did it. 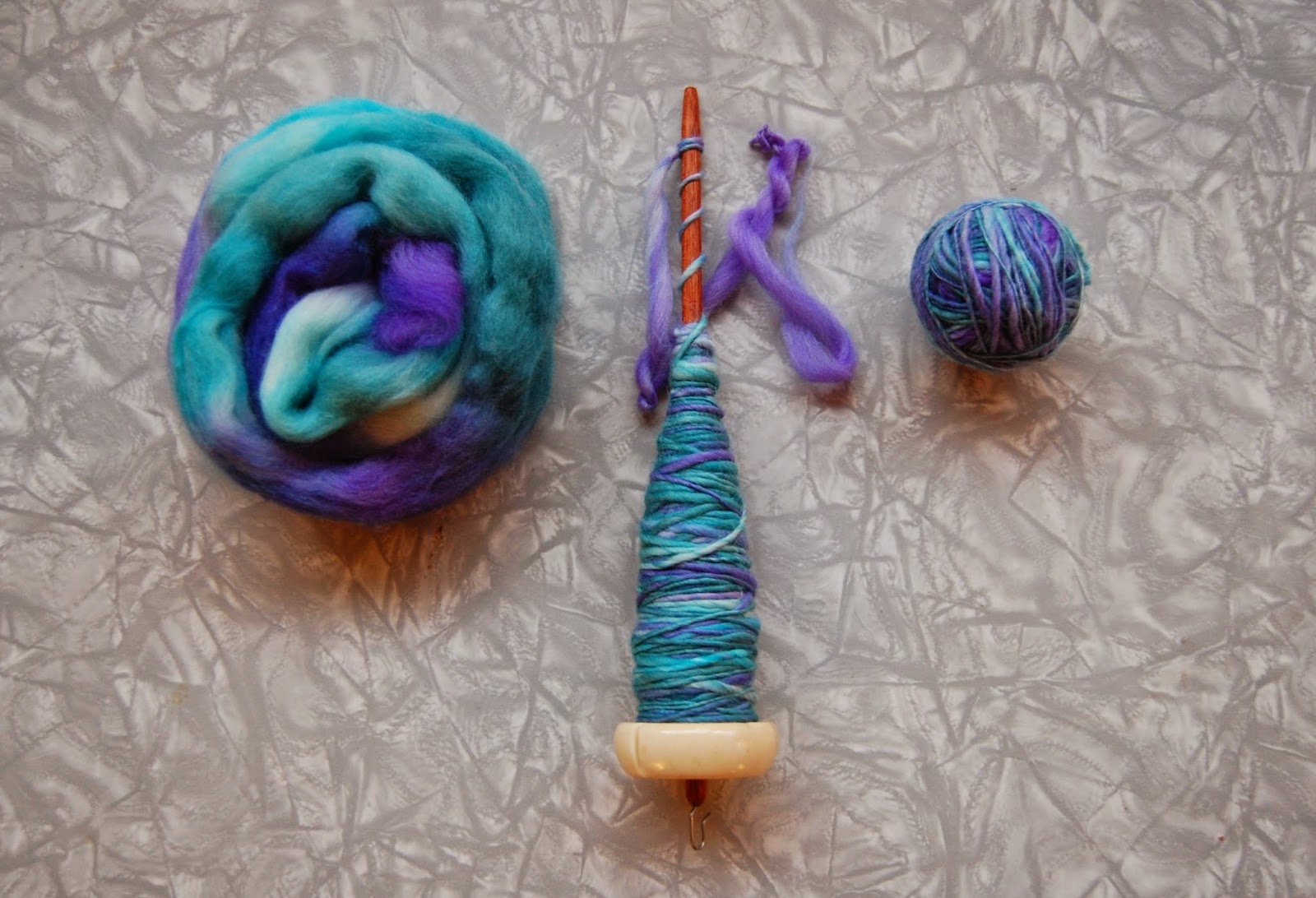