I spent some time in Nova Scotia last week, and for the first time in a long time, I didn't take a special vacation knitting project with me. Instead, I took along a few small projects—the last of the washcloths and two pairs of socks—that I've been longing to actually finish.

And, happily, I did end the trip with a few FOs under my belt. The washcloths were a foregone conclusion (and well received—in fact, I saw a previous washcloth gift in use at someone's house, which made pretty happy) and I finally finished these socks. 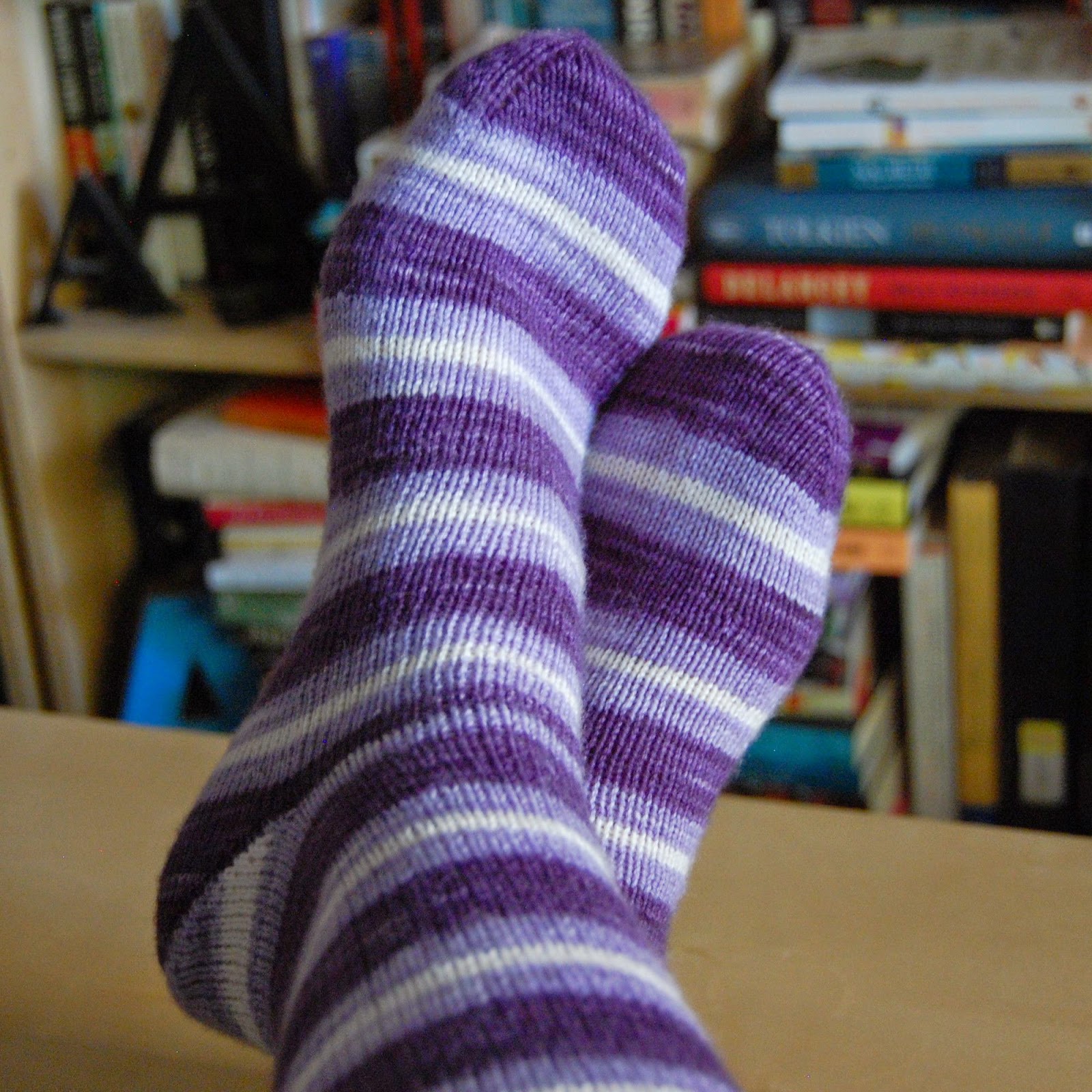 These socks are my first pair of designed-by-me socks, if you can call choosing a favourite toe and a new heel and joining them with miles of stockinette "designing." (Debatable, but I'm going to roll with it.)

Details:
CO 24 sts with Judy's magic cast-on, using YOs for the increases (ktbl on the non-increase row) until I got to 64 sts. Knit the foot, then added a Fish Lips Kiss heel,* which doesn't look like much in two dimensions, but look at that, now: 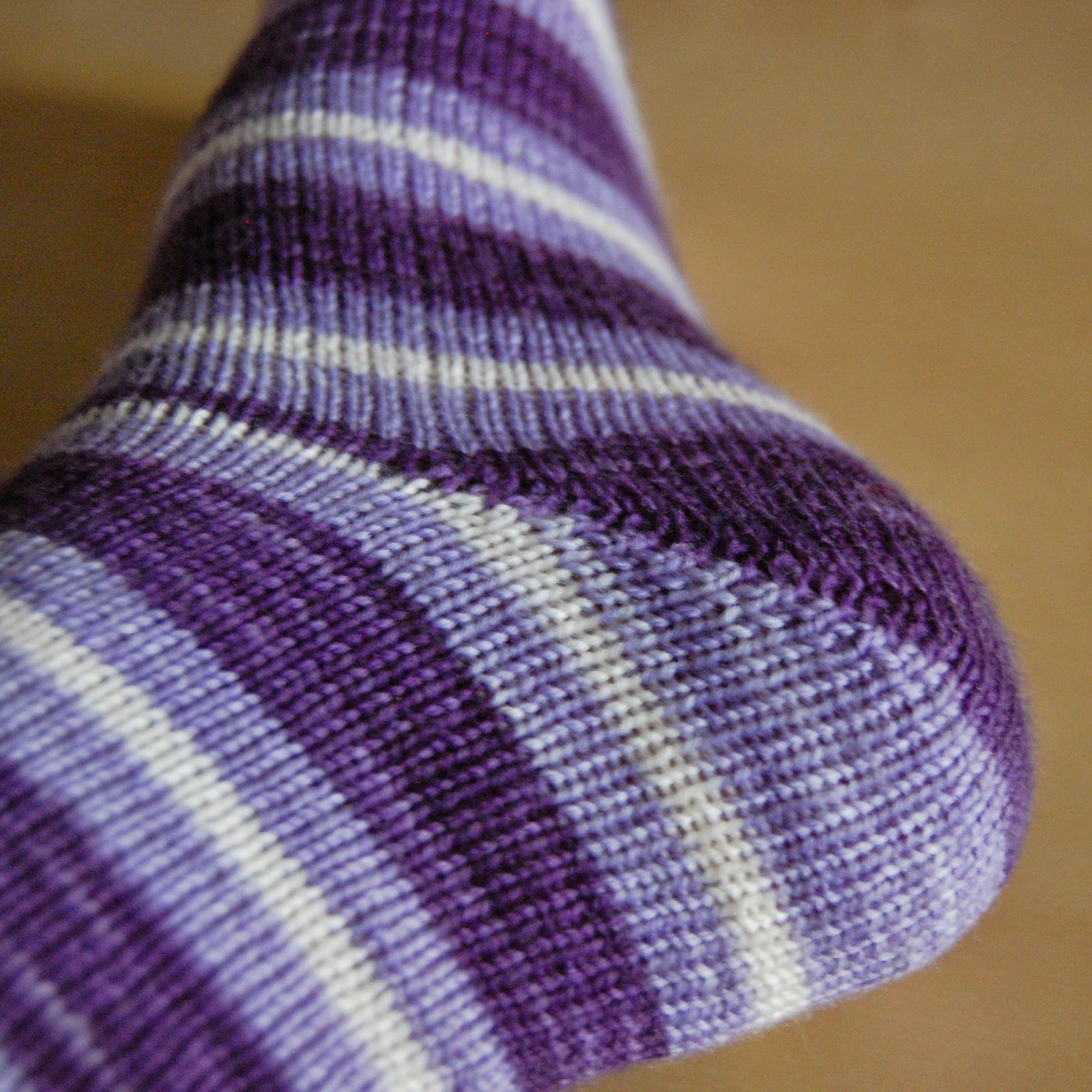 Very tidy. Then I carried on with the rest of the sock. I flirted with the idea of making knee socks to use up ALL the yarn, but it gradually became apparent I'd be knitting these for the rest of my life if I didn't pop in an inch of ribbing and cast off. (Jeny's surprisingly stretchy bind-off works but I find it a bit messy looking—what's your favourite for toe-up socks?) 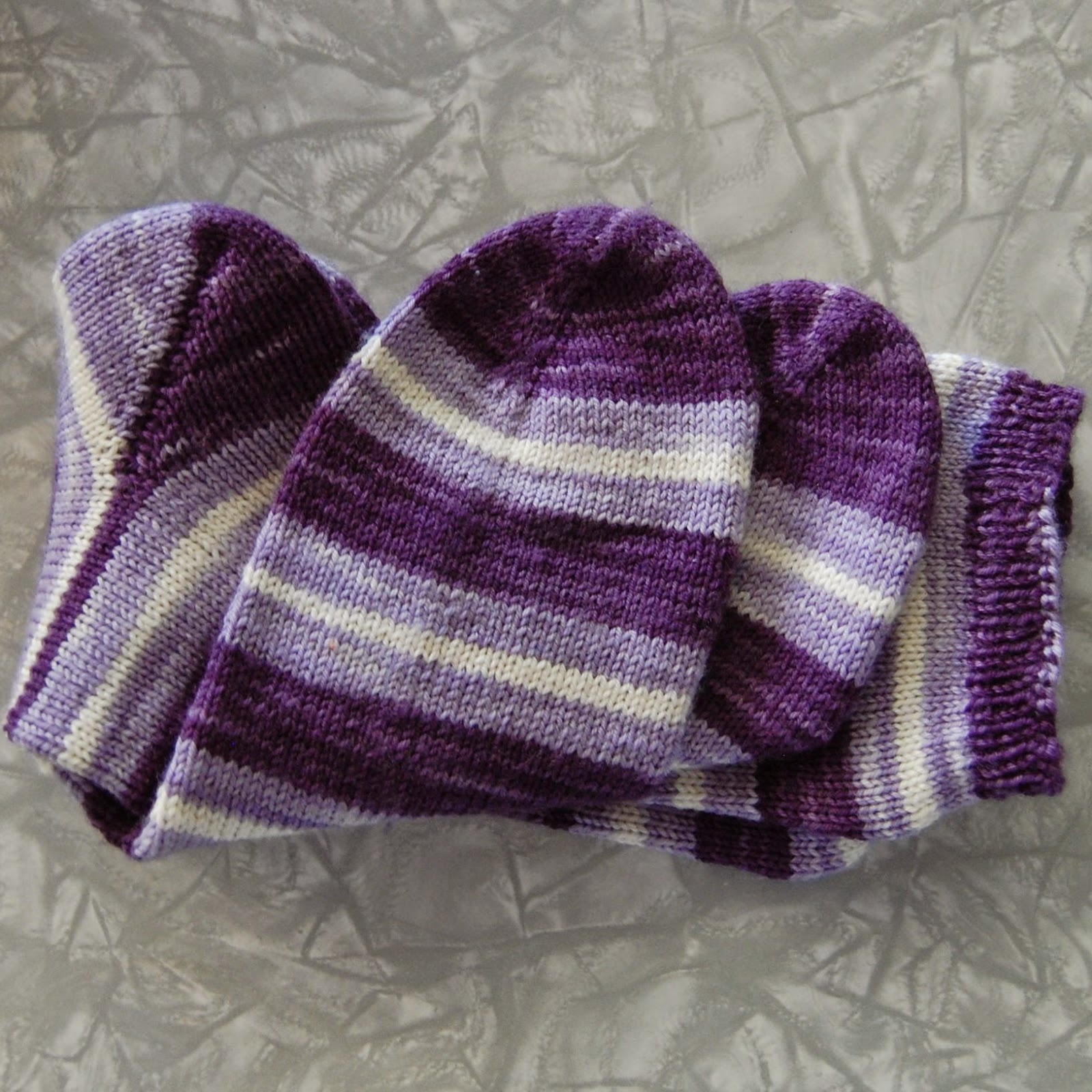 They took forever, as fingering-weight socks on 2.25 mm needles are wont to do. I cast on in January, in the shadow of my Christmas sock knitting,** and I have worked on them in the background of many many other projects for seven months now. I'm very happy to have them off the needles. How happy? This happy: 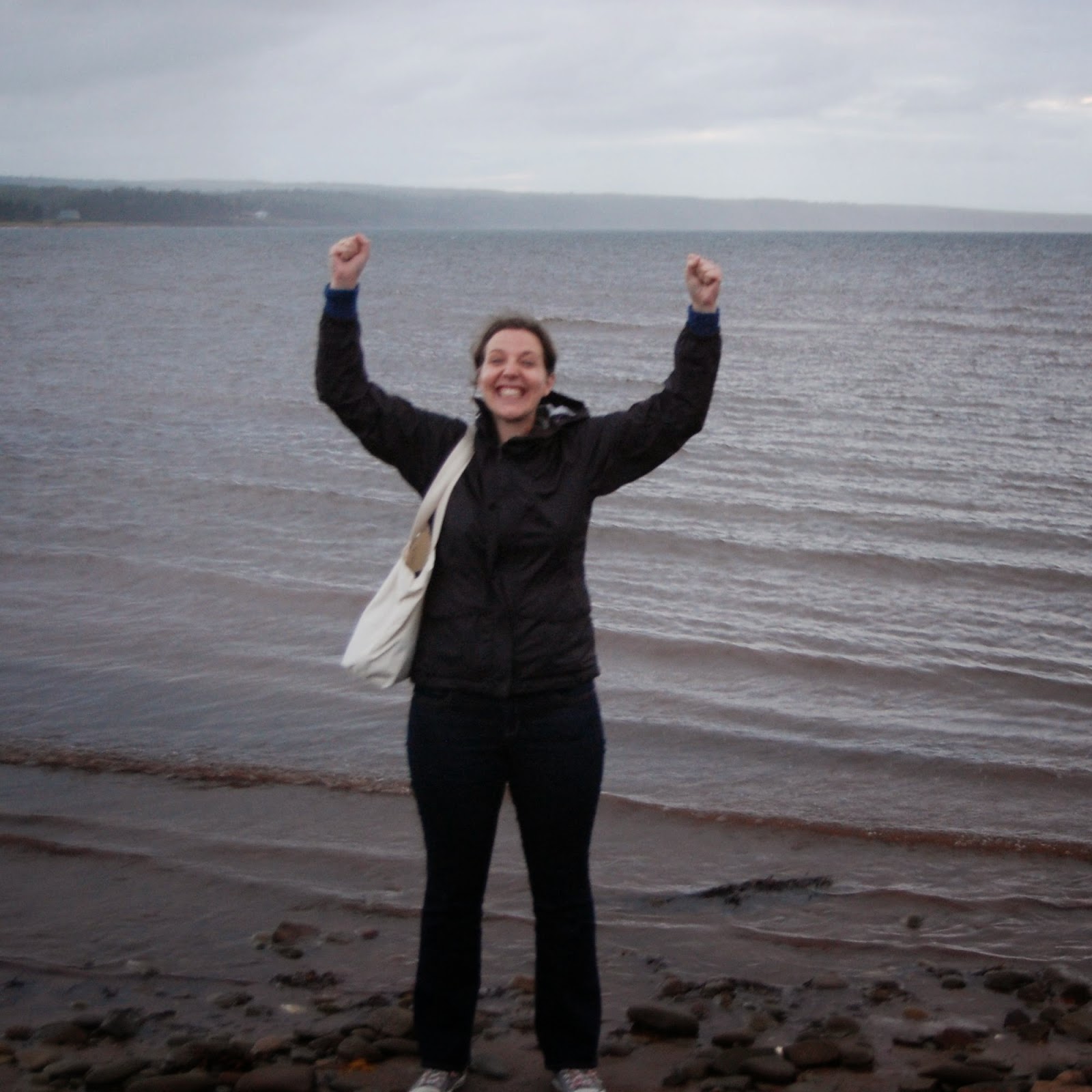 As for the other two pairs of socks I took with me? Let's talk again in April.

* I'm notoriously hard on the heels of my socks, so I'm interested to see how the FLK heel holds up. Something tells me I'll be revisiting these, and that an afterthought heel might have been the wiser choice. (Also, the FLK pattern does NOT need to be 16 pages long, just for the record.)
** I'm starting to think you should be playing some sort of does-she-mention-Christmas-sock-knitting drinking game, or it might be a loooooong autumn.
Posted by Austen at 8:15 AM