I'm a big proponent of crafting things which are beautiful or useful (ideally, both), but every once in a while, I get caught by a bit of whimsy. 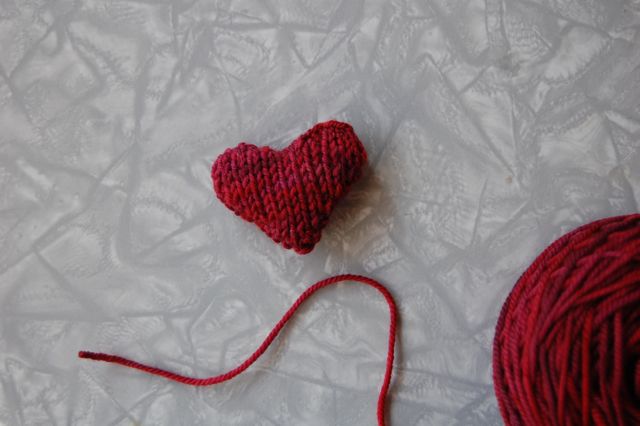 Valentine's Day is a week away, and I found these tiny knitted hearts from Mochimochi Land just irresistible. They work up quickly – I made four last night, in less than two hours. 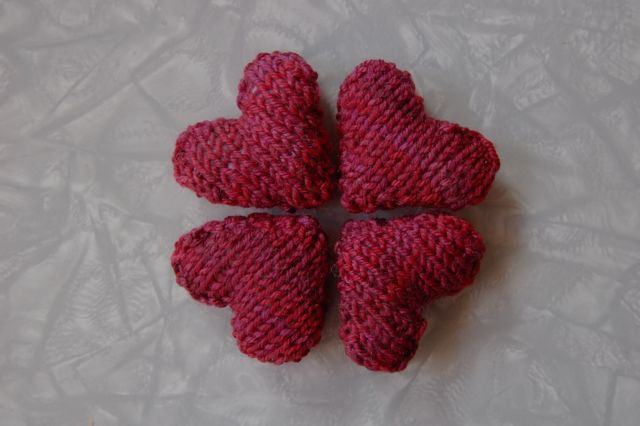 I used TFA Yellow Label in Garnet (that palette pack is endlessly useful) and 3.5 mm needles; I didn't bother with felting them. A handful of polyfill was more than enough stuffing. 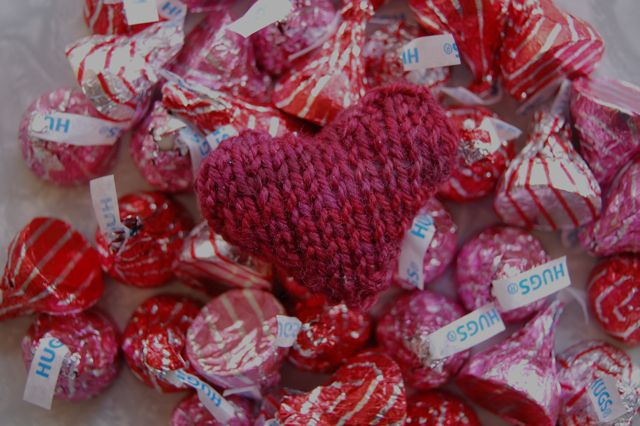 They'll go into Valentine's Day care packages, I think. I don't know if they'll bring bigger smiles than the chocolates, but I imagine they might last a while longer. And who doesn't need an extra bit of love once in a while?