I started writing my third novel on the first of July. I needed a challenge; something to take my mind off an increasingly stressful work situation, to fill those early morning hours on days when the sun woke me up hours before I had to be out of the house, to fill the void my fingers felt because the hot weather meant I wasn't knitting as much. 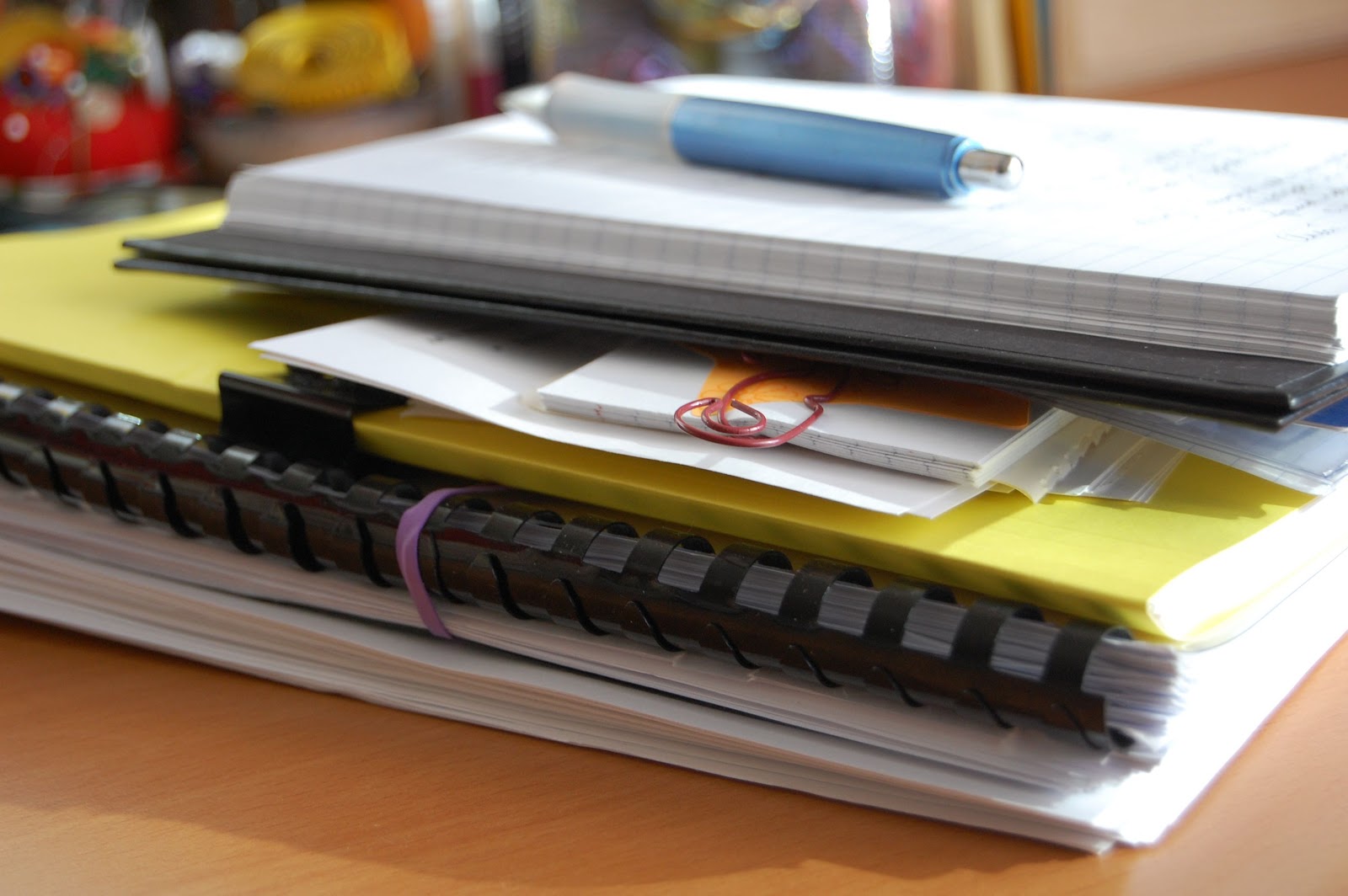 I didn't know if I could finish it – after all, it was my third, and I hadn't finished the first two. But I'd approached those projects casually, without a plan. This time, conditioned by years of planning magazines with spreadsheets and work-backs, primed by a year in which I'd decided to knit a sweater a month, working methodically and with great focus and many checklists...this time, I was serious.

So I consulted books and websites. I looked at calendars. I drew up meal plans. I re-read Bird by Bird. I cut activities out of my social calendar and set the alarm to go off even earlier. I wrote an outline.

Soon my desk was overtaken by piles of index cards and stacks of computer print-outs. I jotted key plot points on fluorescent post-it notes, then stuck them to the wall over my desk. I stayed up late. I got up early. I bored my friends, talking about "my book." They were very gracious. 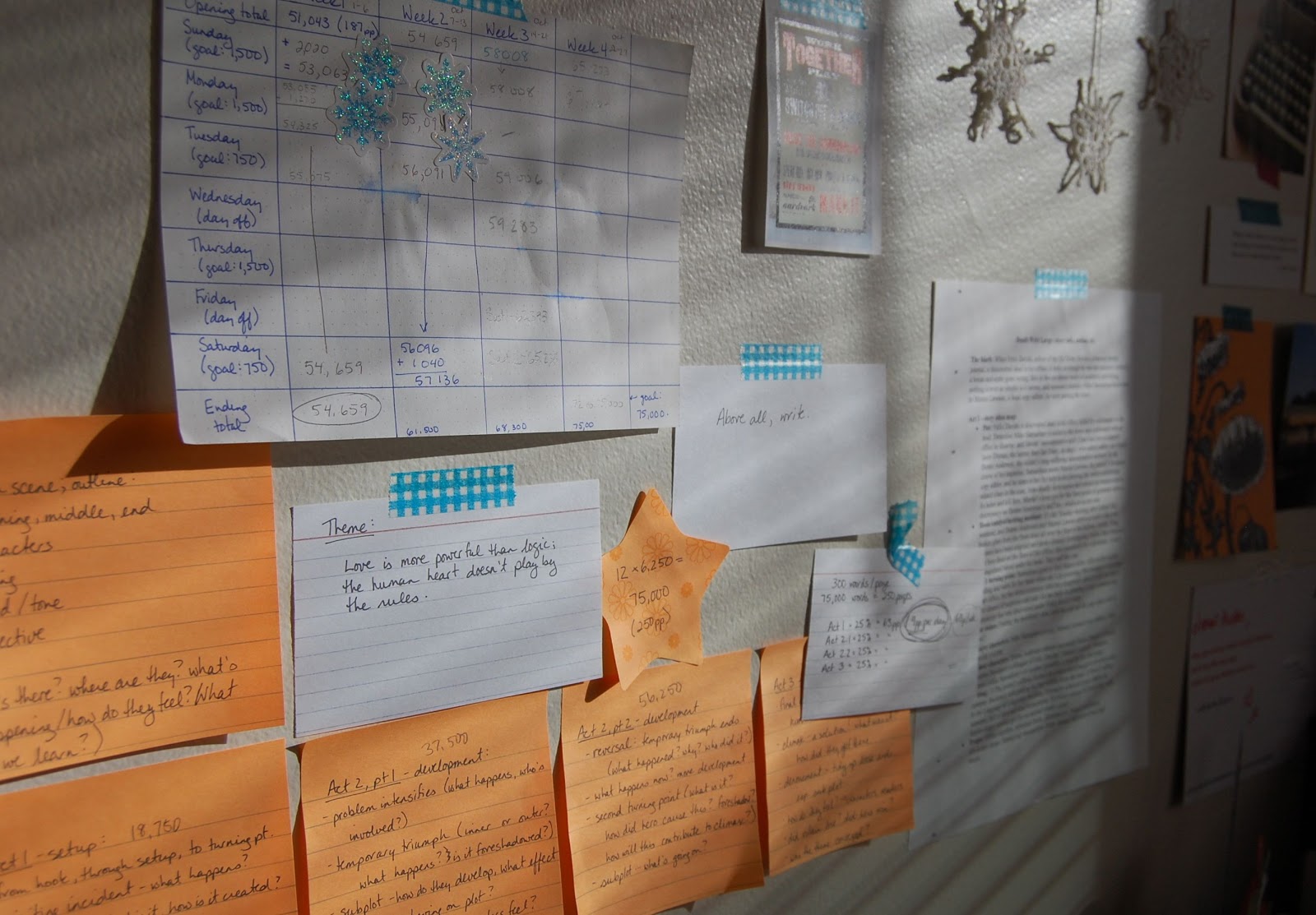 Like many of the writers I know, I am best motivated by deadlines, so when I found out about the CWA Debut Dagger contest, with its hard-and-fast submission date, I was pleased. I set my sights on February 2nd and kept writing. I passed ten thousand words, then twenty-five thousand. I kept going. At some point, I stopped using quotation marks when I talked about my book. Fifty thousand words and the summer was waning, the days getting shorter and the evenings cooler. Soon I was wearing a cardigan as I typed. Fifty-five thousand words and Labour Day was a distant memory.

I had hoped that the more I wrote, the easier it would be, but that isn't the case. It doesn't seem to matter how many thousand words you've already committed to paper; the next thousand are just as much work. But the momentum builds, and it becomes more difficult to stop. I was tired by the time I got to sixty thousand, and slowing down at sixty-two thousand, but I pushed on. Fall arrived, and with it, added uncertainty about my work situation. Leaves were falling. Would there be layoffs when the new boss arrived? I kept typing. I wasn't going to waste all that work. I told anyone who would listen that if I was let go, I'd take the time to write. 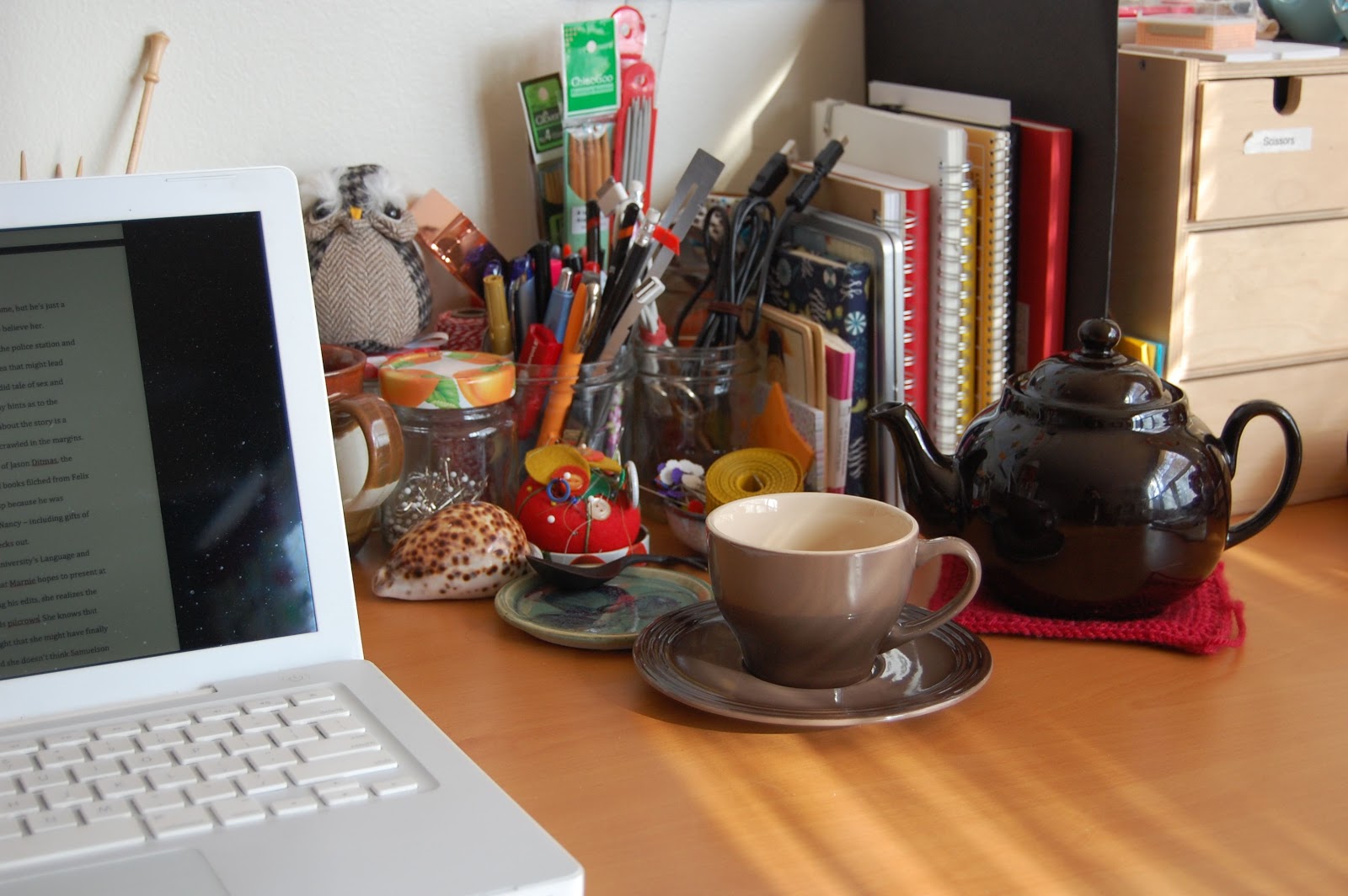 I finished my book – all 73,000 words of it – at the end of October, and the next day I flew to New Zealand. I came home. The layoffs began; two of my friends there in the morning, gone by lunch. I gritted my teeth, turned up my music, took Advil for the headache that had become my constant companion, and worked. Each night after dinner, I worked on fine-tuning my contest entry – all they needed was the first chapter, so following the advice of my generous friends, my gentle first readers, I trimmed and tucked and trimmed some more until 6,000 words had become 3,000. The new boss arrived. Christmas came and went, then New Year's. The week-long vacation was too short. I went back to work.

The next two weeks were a flurry of emails and phone calls, lunch dates and drinks nights. I knitted. I watched a lot of Doctor Who. The weather was good, and then bad, and then terrible. I cleaned out my desk. I signed papers. I mourned the loss of my daily routine and a job I'd once loved. I was sustained by my family and my office mates – many of whom I'm proud to call my friends. I read books – entire books – for the first time in ages. I knitted more. I baked. But I didn't write.

This Tuesday I woke up with the heaviness of an impending deadline sitting on my chest. February 2nd was days away and I hadn't looked at my contest entry in weeks. I remembered the brave, fool-hardy declarations I'd been making all summer, the promises that I'd take the time my severance package bought me and use it as time to write. I finally sat back down at my desk, and looked once more at the index card I taped to my wall so many months ago. 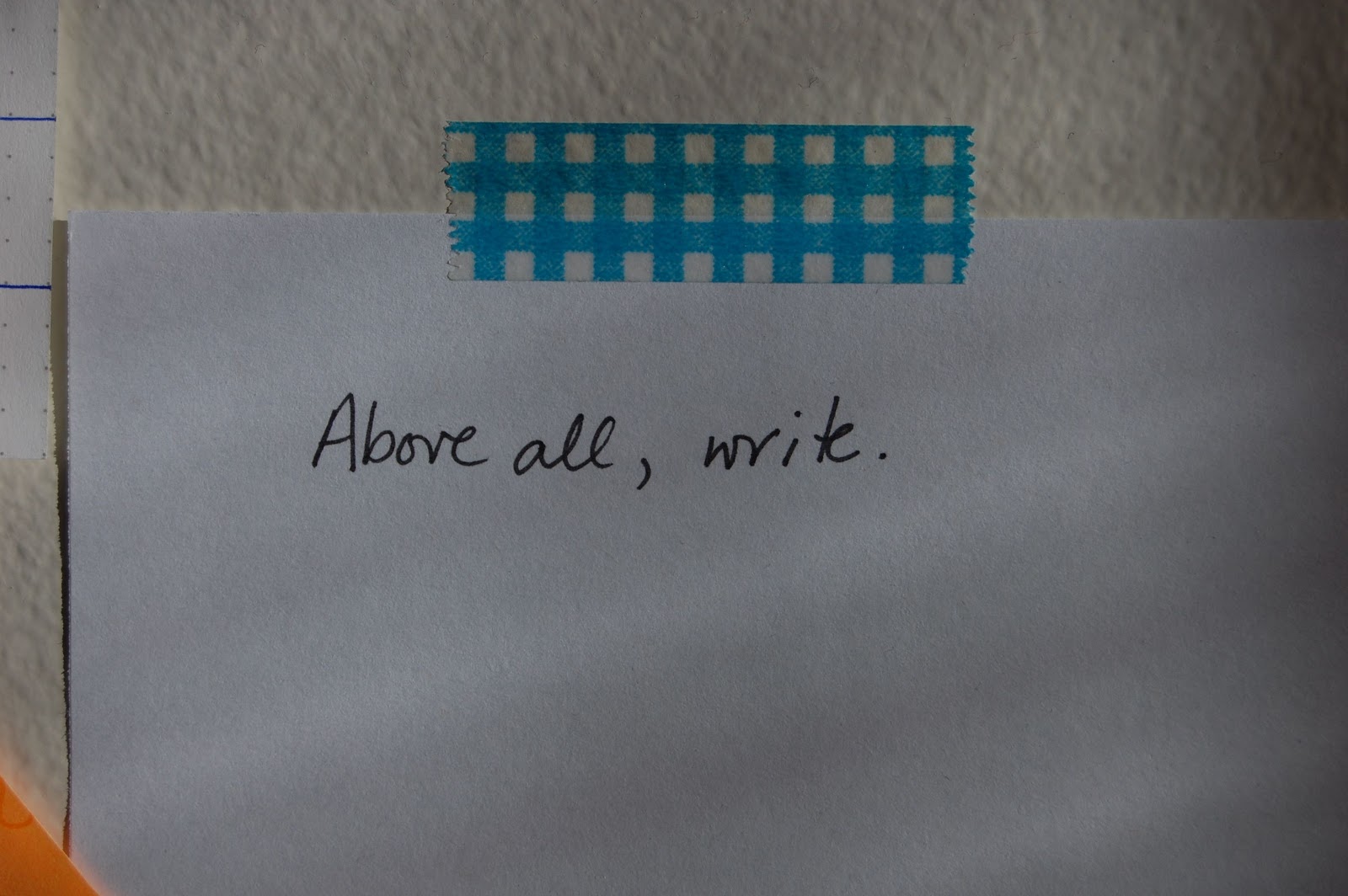 I uploaded my file and clicked "submit" a few hours ago. I won't know the result for weeks; just one more uncertainty to add to the list of mysteries about what 2013 holds for me. But I know that tomorrow I'll get up, and make a cup of tea, and sit down at the computer once again. I'm only a couple thousand words into the sequel, and the next two thousand will be just as much work as the first, but I'm not going to waste the effort I've put in. I'm not going to waste the time I've been given.
Posted by Austen at 4:57 PM