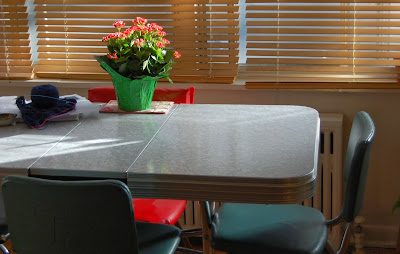 The sun was gone by lunchtime, but it was nice while it lasted. We walked up the rickety metal stairs from the train station and skirted the plywood hoarding, caught up in the push and rush of people to-ing and fro-ing. Sometimes it feels like the construction at Union Station will never end. Those new platforms, that promised atrium, the refurbished girders and rebar and concrete that the train station so obviously needs: the idea that it will ever all be in place just seems impossible most days.

We carried on along Front Street. Many of the restaurant patios are still set up, although it's been too cold to sit outside for weeks now. We saw chairs and tables stacked in corners; limp greenery hanging desolately from window boxes that have been fertilized with cigarette butts. A collection of trailers occupied a side street – someone shooting a movie. We carried on.

A couple blocks south hulks the Gardiner Expressway, the elevated highway that ferries cars across the bottom of the city and which occasionally calves chunks of cement onto the cars below. People scurry underneath, dodging cars and other pedestrians in an effort to get back under clear skies as quickly as possible. Even a deluge of cold, sleety rain is better than the thought of a concrete block landing on your head.

Heading north, we almost missed the light because the couple in front of us didn't understand the walk signal. The hand flashed red and counted down: 15...14...13... . We brushed by, hungry, in a hurry to get to the restaurant. "But can we go?" they asked. "It flashes red!" "Hurry, hurry," I said, but as we gained the opposite side they were still on the corner, deliberating.

Even further north lies City Hall, which has its own clouds hanging over it these days. If you've been anywhere near a newspaper or a late-night talk show this week you'll have heard about our mayor, a man in crisis who could give a reality TV show a run for its money right now. Unfortunately, unlike on a reality show, his troubles are real, unscripted, and there's no help waiting in the wings and no prize at the end. We can't vote him off the island; the interventions have all failed. Our laughter, which always had a self-aware "isn't this awful?" hollowness to it, is dying out completely.

But life carries on. Inside the Belgian restaurant, with its tiny booths covered in sparkly green vinyl and its dual specialties of waffles and beer, the air smelled of breakfast, yeast and hops. No matter the news, there's still the pleasure of good company and good food; the joy of laughing with a friend about nothing in particular. Outside, the wind swirls tiny dust devils, picking up twigs and gum wrappers, plastering wet leaves to the crackled paint on the door. Inside, it's the talk that swirls, twisting and turning and doubling back.

It's all temporary, but I know which one I'd rather pay attention to.