Last Christmas I made my family socks. Well, I made them each one sock and an IOU...and delivered their second socks in late January. (Sorry, guys.) A postmortem of my sock-knitting strategy revealed that I'd have been wise to start earlier than November, and to use something larger than 2 mm needles. Hindsight, etc.

To celebrate being finished the Christmas socks, I started a couple of pairs of socks for myself. That was six months and several projects ago; in the meantime these socks have accompanied me on any errand that might involve even the slightest bit of knitting time. Despite their omnipresence in my purse, I've been making slow progress. But I've recently been visited by a bout of finish-itis, so the socks are getting some focused attention these days. 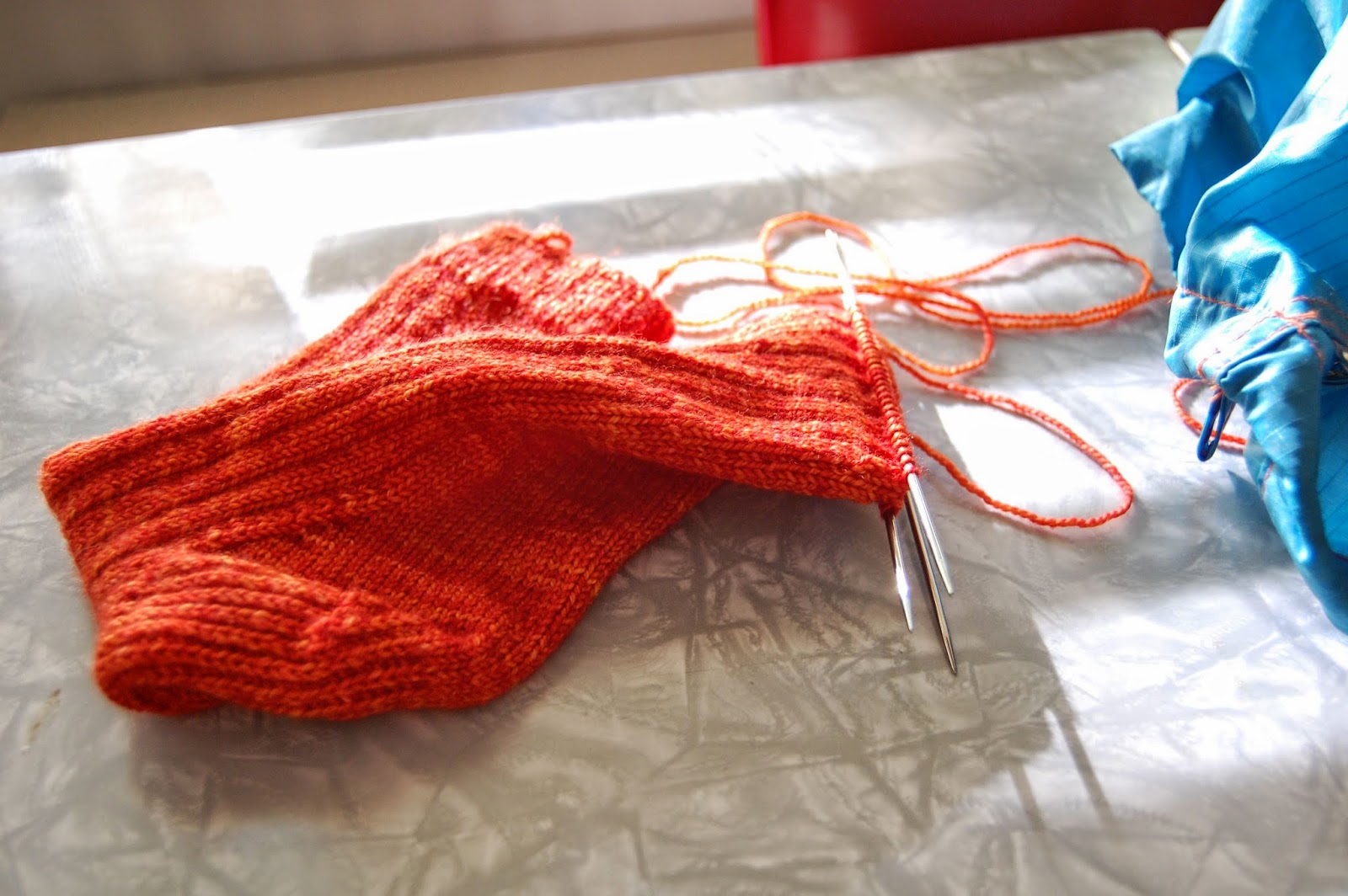 This is Glenna's A Nice Ribbed Sock pattern in Madelinetosh sock in Tomato Soup, a souvenir skein from Brooklyn General back in 2011, using 2.25 mm needles. This is a solid bread-and-butter sock pattern and I love the yarn and the colour, even though it's virtually impossible to photograph. I just grafted the toe ten minutes ago, and I'll cast on for the second tomorrow. 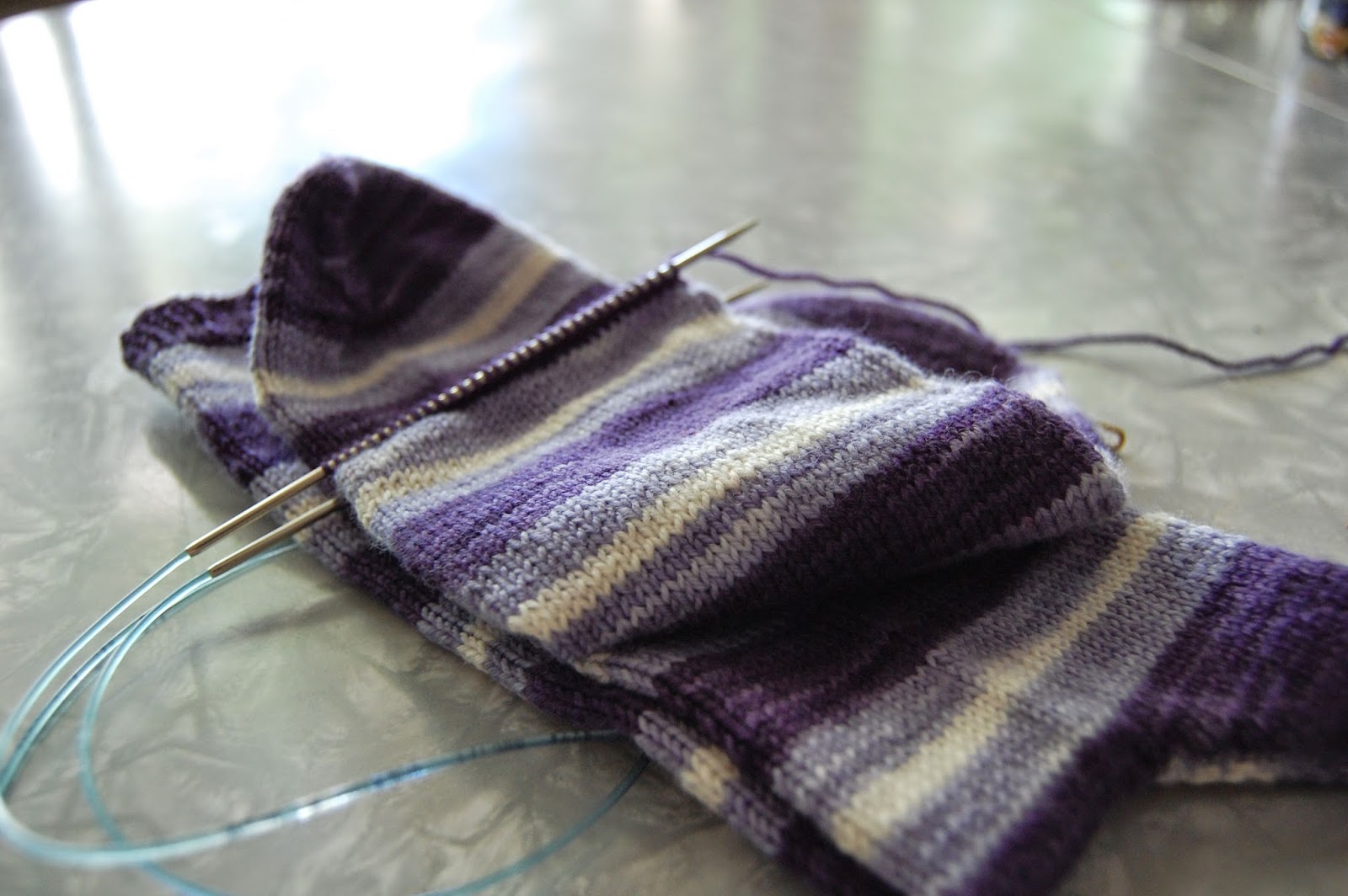 This is Turtletoes self-striping sock yarn, toe-up, also on 2.25 mm needles. The pattern is a hybrid (i.e., I'm winging it) and represents my first try at the "Fish Lips Kiss" heel. Verdict so far: it's OK, if you don't mind wading through all 16 pages of instructions, 15 of which are...superfluous. That said, the second sock of this pair has been stalled at the heel set-up row for two weeks, so obviously I mind. I'm going to sort that out tomorrow, because once I clear the heel it'll be a straight shot to finishing the pair. 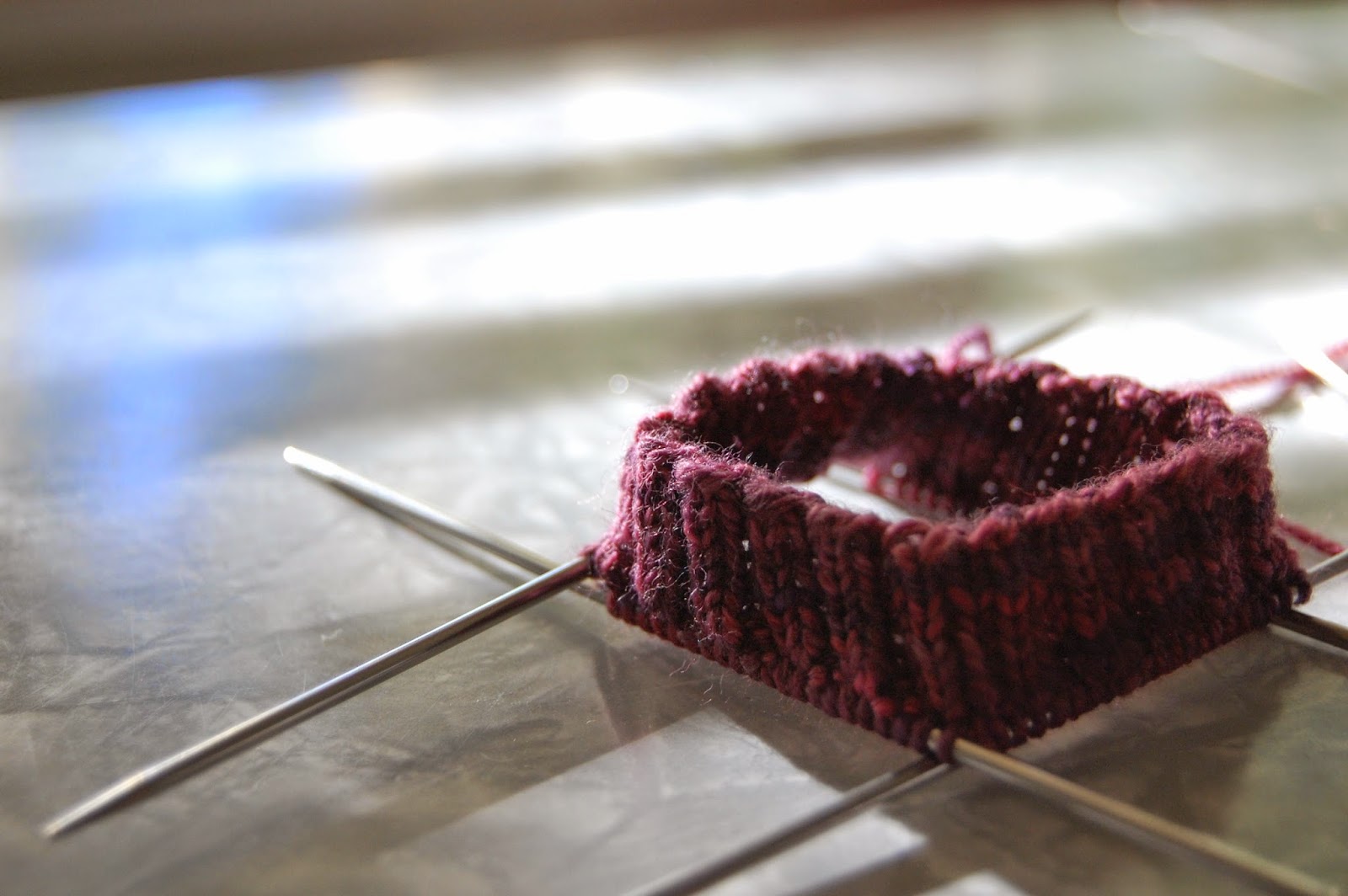 And what's this? Well, there's no use doing a postmortem if you're not going to heed its findings, so this is Christmas sock #1, which I cast on today at work: TFA blue label in Velvet, on 2.25 mm needles (yes, that's an entire quarter of a millimetre bigger!); a Jaywalker in training. I figure if I can knock off an inch of sock a day, between now and Christmas, I'll probably be able to steer clear of issuing any IOUs in 2014.