July 19 – The Complete Encyclopedia of Needlework

Have you ever seen this book? I was looking for a calming bedtime read the other day (hey, some people read cookbooks in bed, this isn't that different) and I took this off the shelf. I've only consulted it a few times as a reference, but I realised the other day what I've been missing out on. 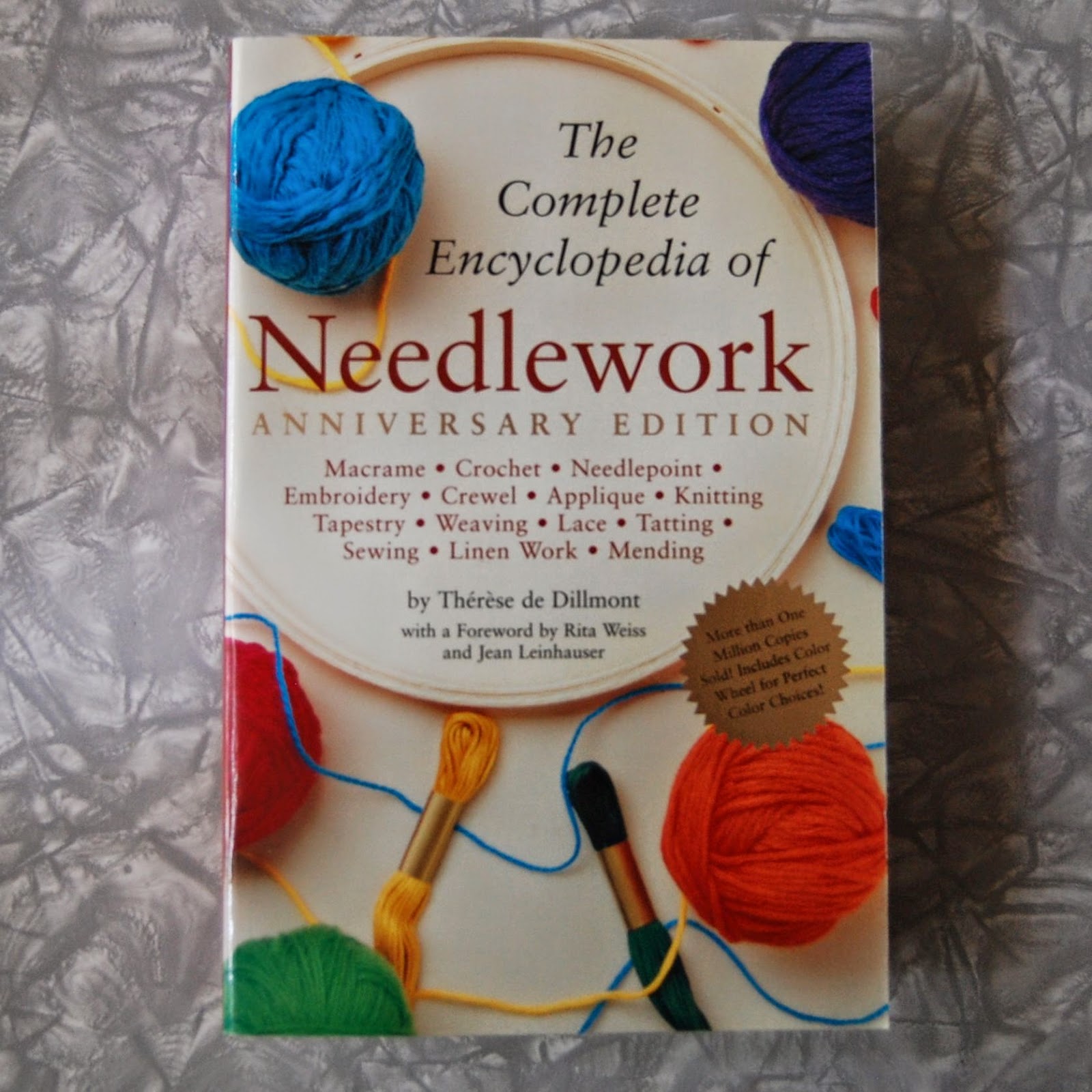 Thérèse de Dillmont was a 19th century needleworker who ran an embroidery school and eventually, in conjunction with DMC, produced this comprehensive how-to manual in 1884. If you can do it with a needle and thread, chances are it's in this book. 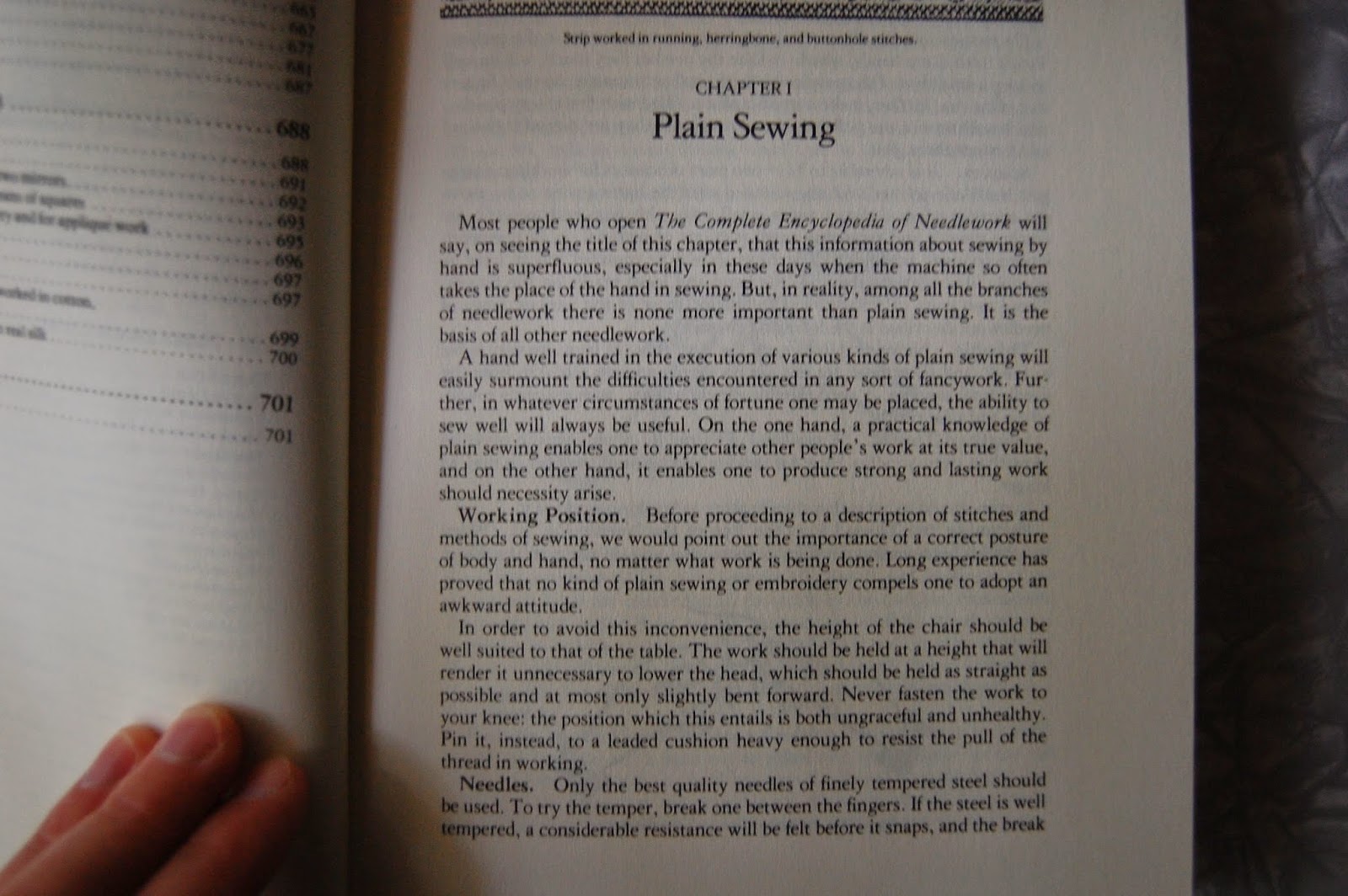 "Plain Sewing: Most people who open The Complete Encyclopedia of Needlework will say, on seeing the title of this chapter, that this information about sewing is superfluous, especially in these days when the machine so often takes the place of the hand in sewing. But, in reality, among all the branches of needlework there is none more important than plain sewing. It is the basis of all other needlework." 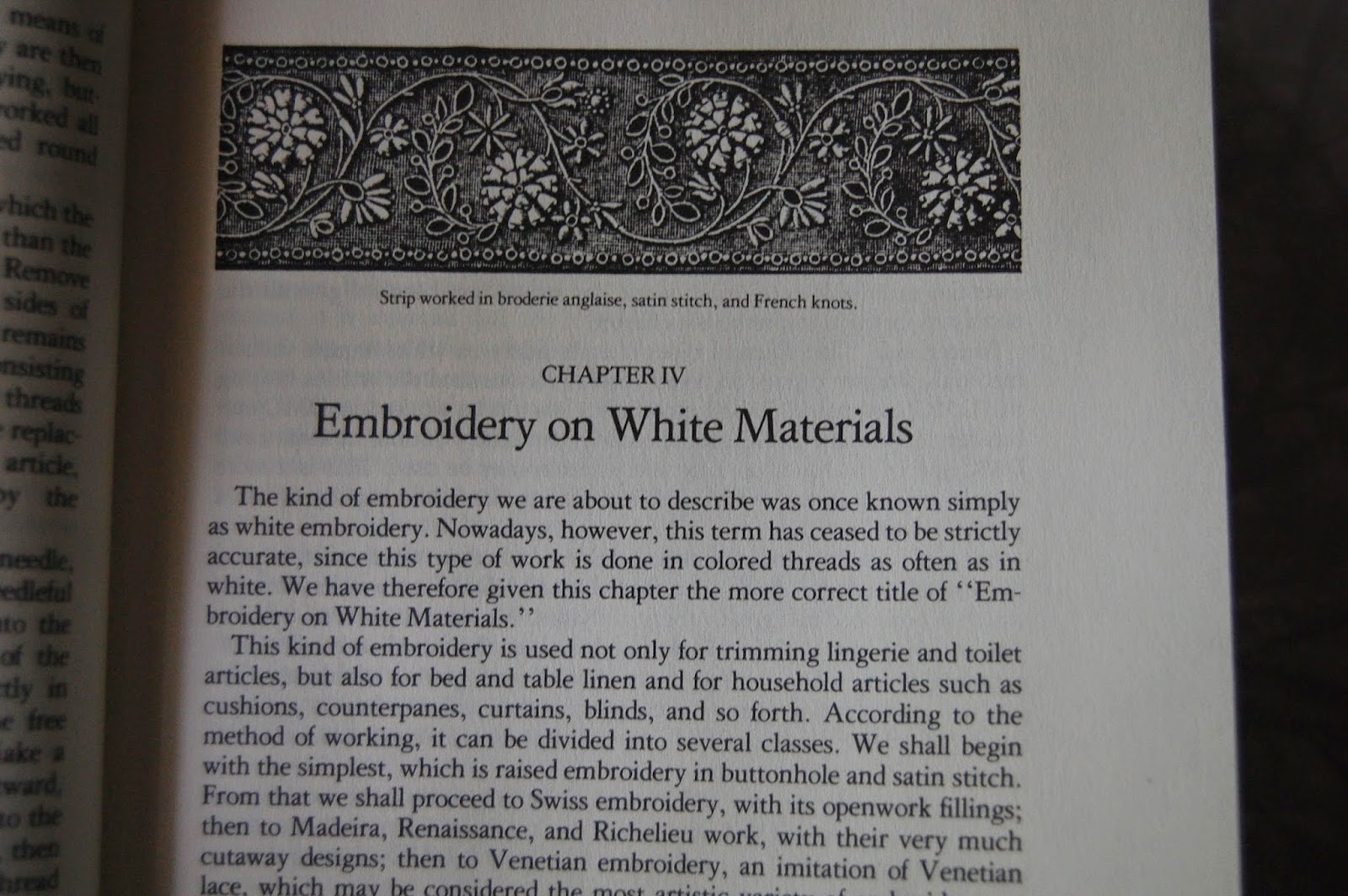 Apparently the idea of using coloured threads for embroidery was once revolutionary. 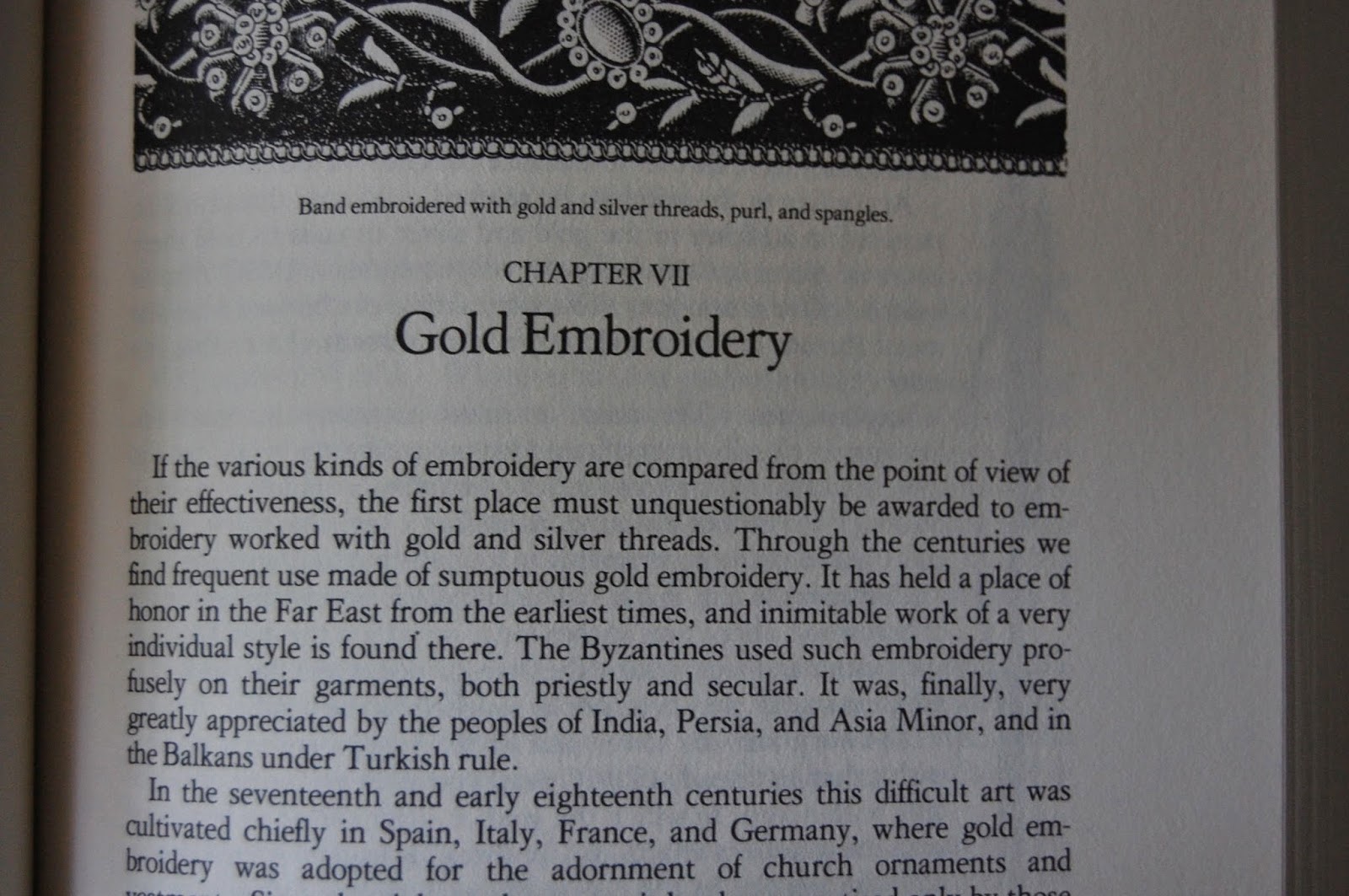 "If the various kinds of embroidery are compared from the point of view of their effectiveness, the first place must unquestionably be awarded to embroidery worked with gold and silver threads." 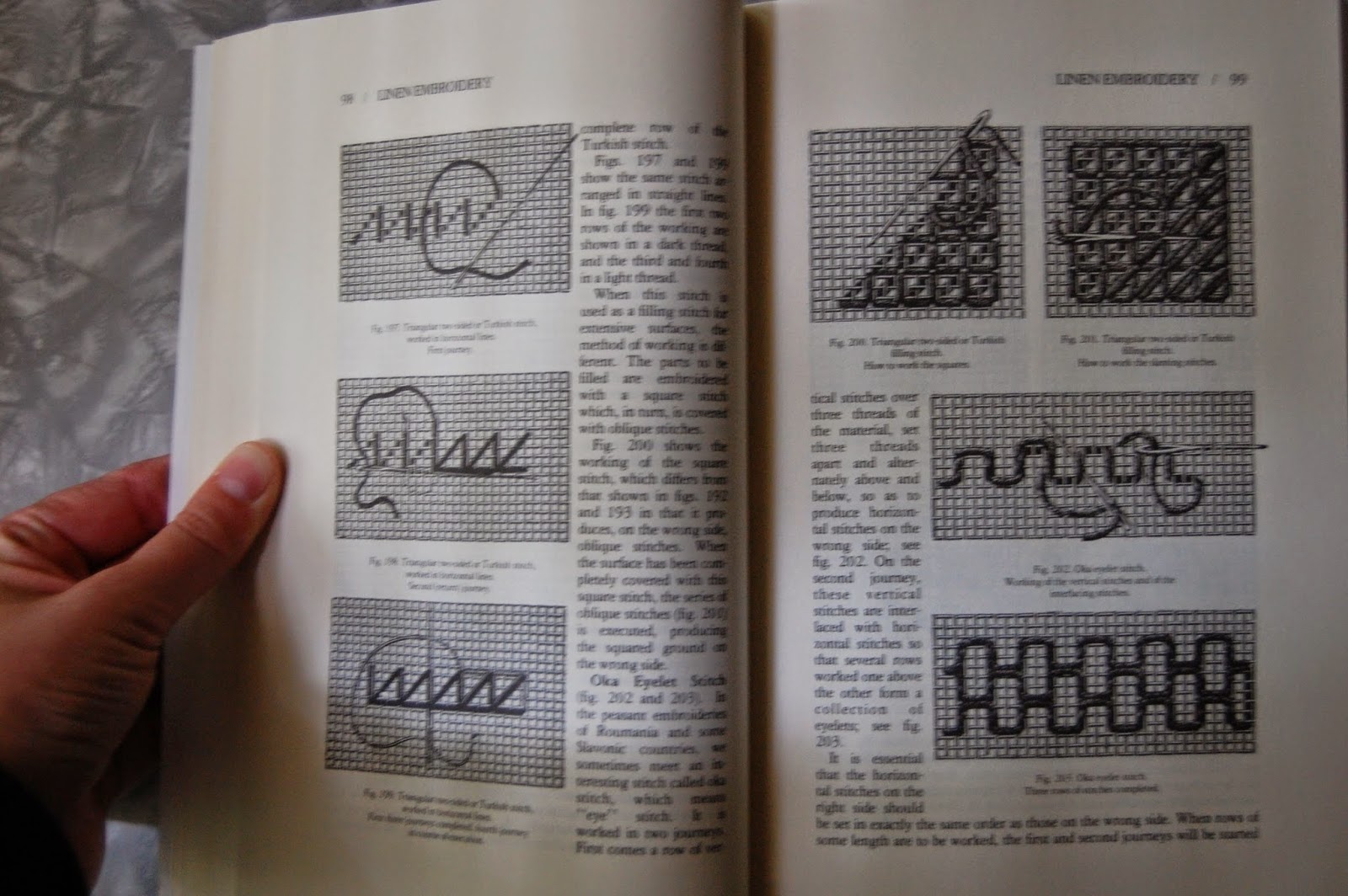 Steel-plate engravings – as clear as photographs – provide ample illustration of every technique, from linen embroidery... 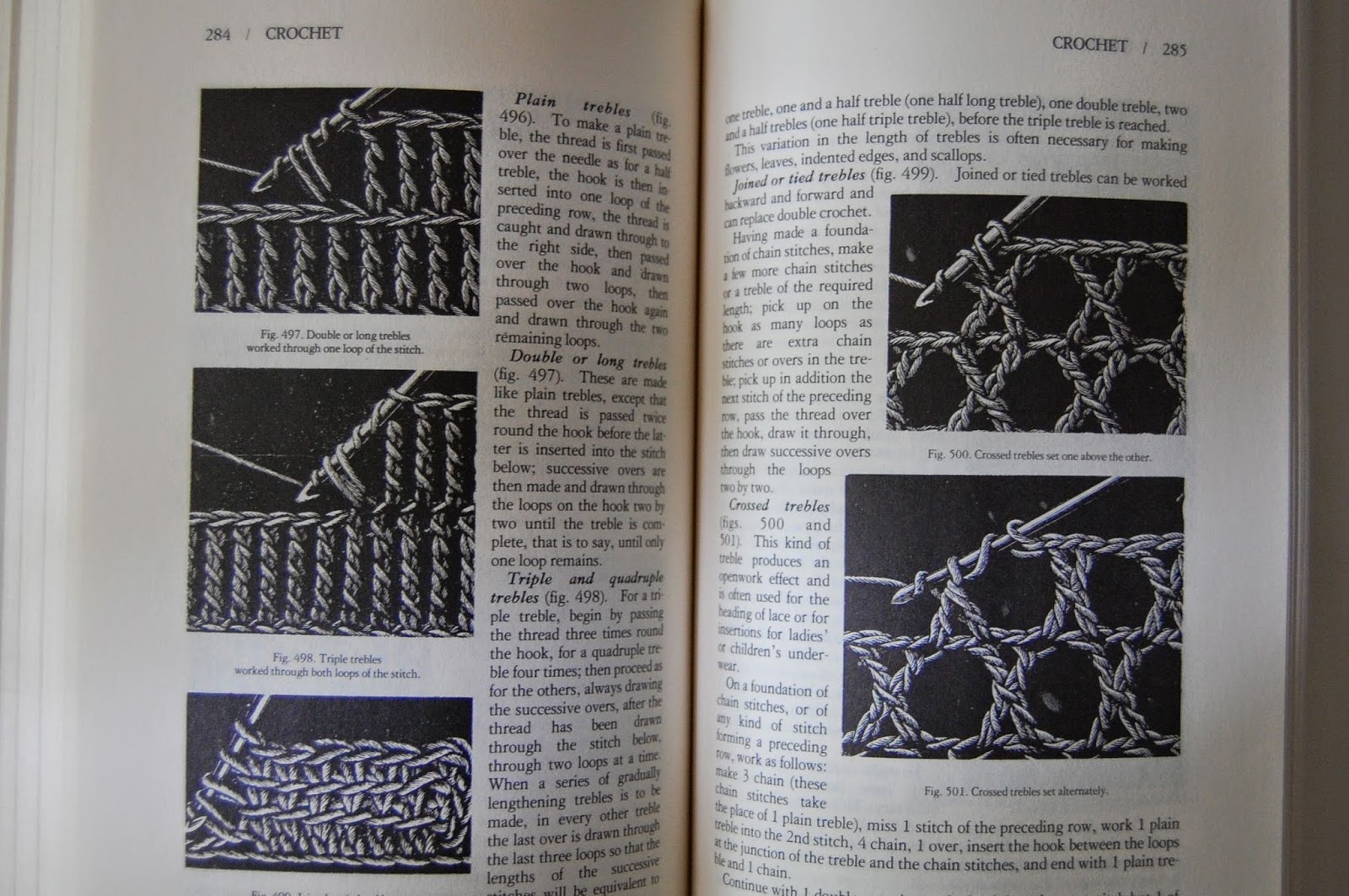 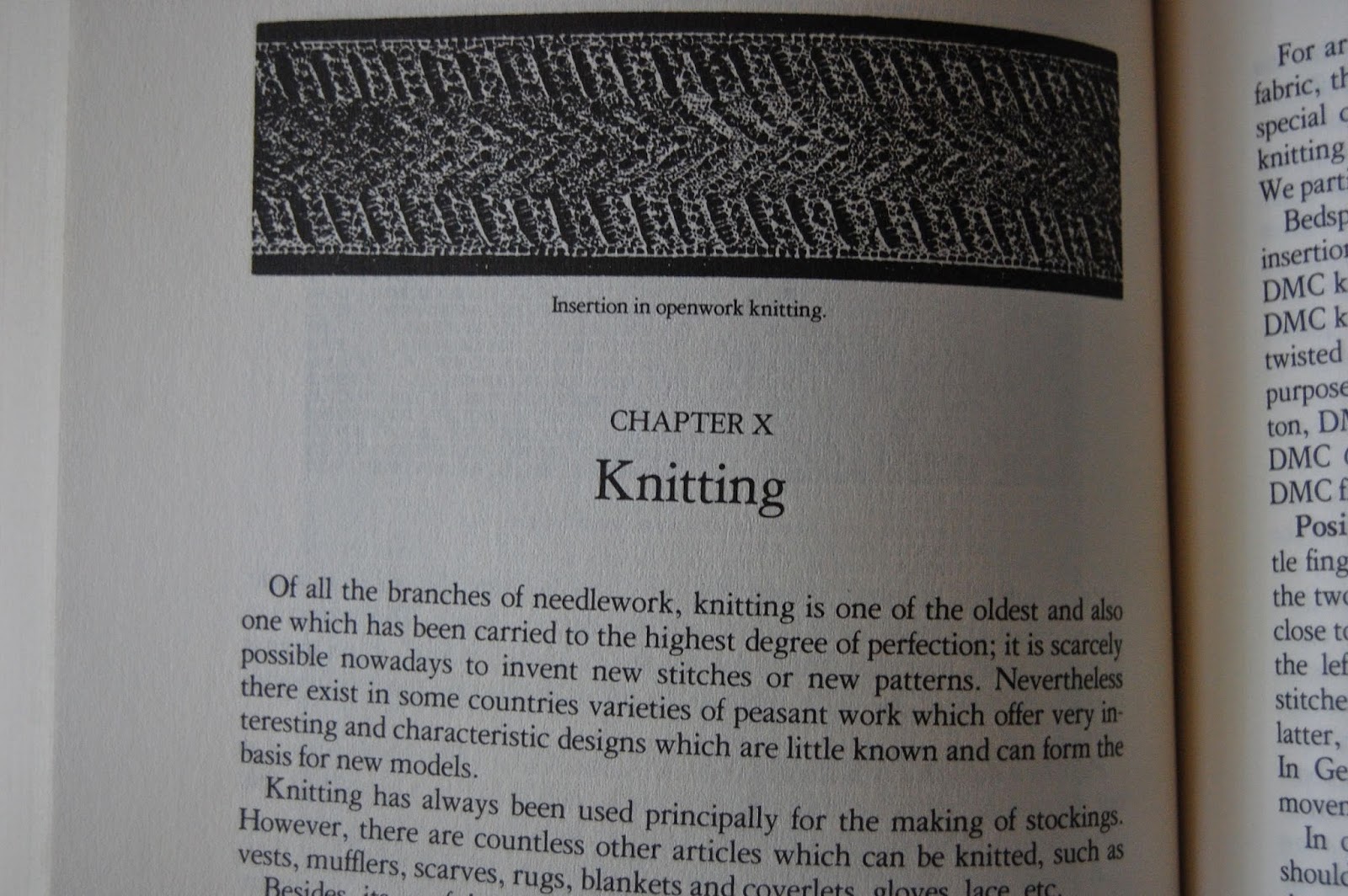 ...to knitting. Speaking of which:

"Of all the branches of needlework, knitting is one of the oldest and also one which has been carried to the highest degree of perfection...it is scarcely possible nowadays to invent new stitches or new patterns." 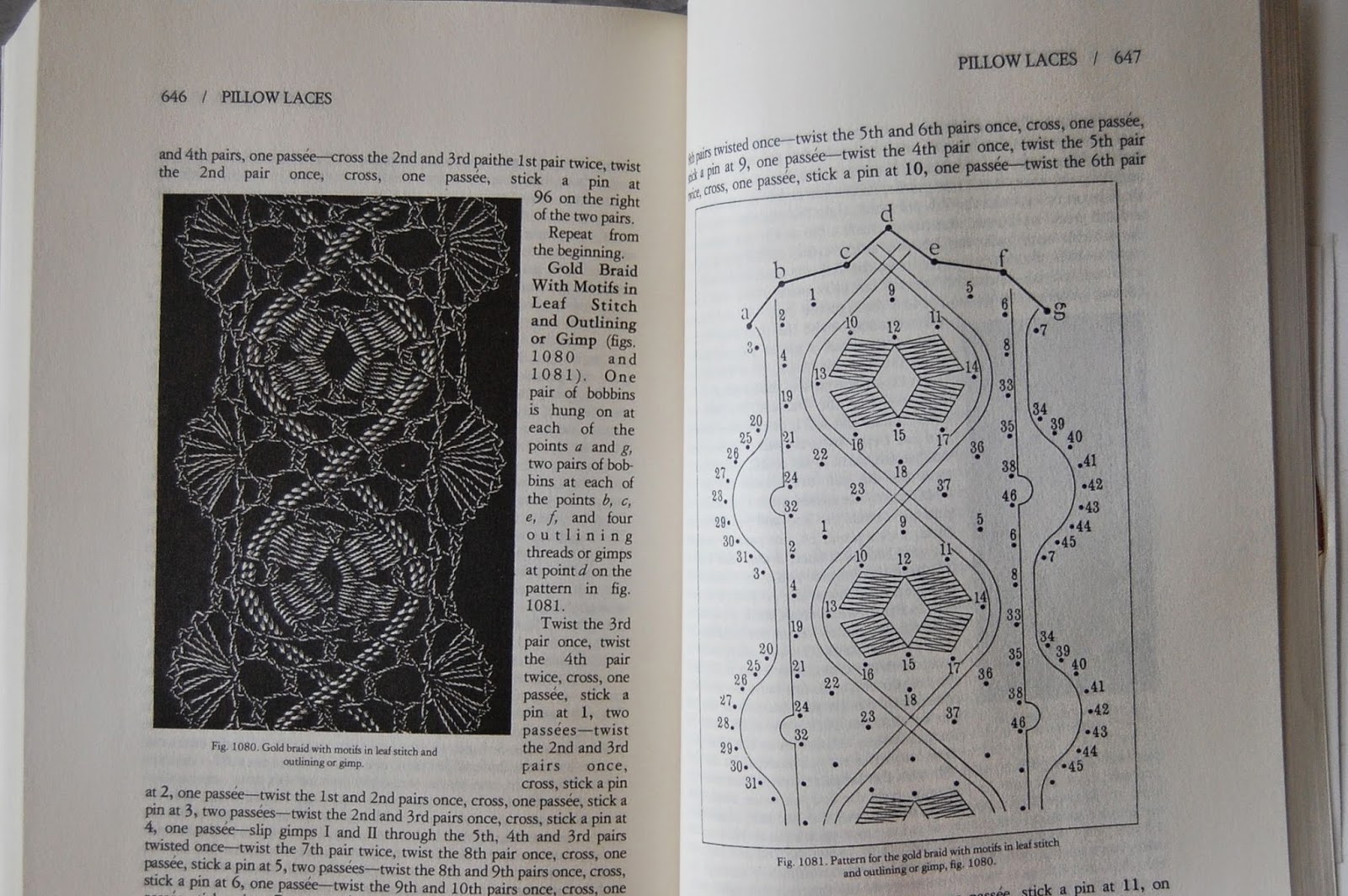 There are also chapters on macramé, weaving, mending, lace work and tatting. Each chapter has a suggested project at the end – with written directions and engraved and diagrammed instructions. You know, just in case you're in the mood to make some pillow lace of a Sunday afternoon.

At 700 pages, it's actually not great bedtime reading (ouch, my nose! etc.) but if you're a needleworker with diverse interests and a desire to dabble, it's a wonderful addition to your bookshelf.